The title of this episode is “Zero x And x Rose.”

This will be a short post, because trying to applying simple language to this show, which I am more and more convinced is flirting with the purest incarnation of the glory of narrative fiction and the visual medium, is ultimately a futile and foolish exercise. And yet…there is no way that I can simply sit back and allow this moment to flow like water and be forgotten. It is true that the beauty of any point in time is that it passes on; we can never hold time still, for it ever marches forward, relegating the present to the past and bringing the future to the present. And yet…as a writer and as a person, I cannot help but try to hold time still for just a bit, to recall the memory of a moment which surpasses the limits of this time we face. 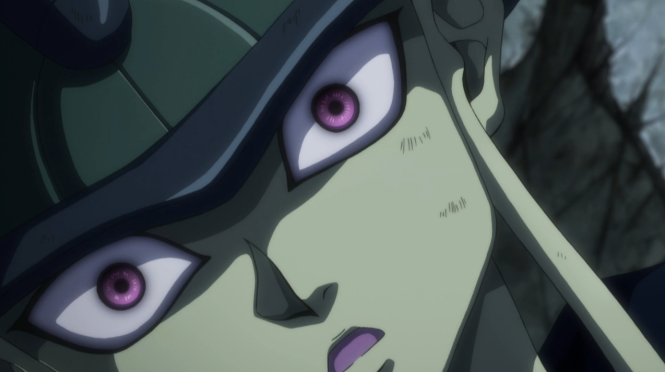 It is hard to believe that the incredible passion and breathtaking intensity which Gon (and Megumi Han) brought to episode 116 of Hunter x Hunter could be surpassed, but the sheer spectacle and force of culmination that unfolded in “Zero x And x Rose” has done that.

We saw the representatives of two species, two ideals clash in a titanic battle over (literally) the fate of the world. We saw fear in that which could never feel fear, and victory arise from the one who was utterly defeated. We saw the impossible manifest itself and the very heart of humanity, with all its unlimited capacities for evolution, malice, respect and love bared before our very eyes. It is both the perfected glory and the great tragedy of what it is to be human, played out moment by moment before our eyes. 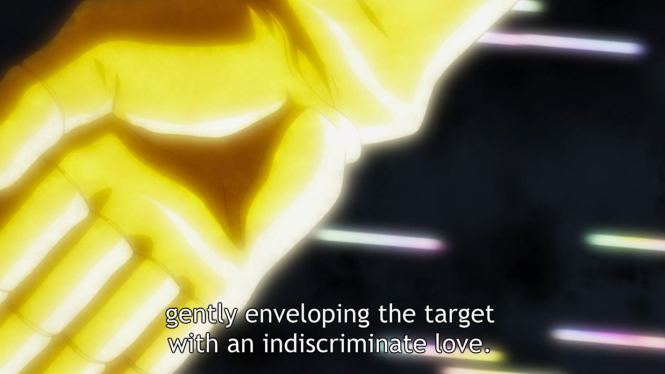 And then remember each and every moment of brilliance that has appeared in this show prior to this moment, all standing alone and, at the same time, all necessary to this one. It is a bold statement, and potentially a rash one compelled by the emotion of this instant, but I am convinced we are (and have) been watching the pinnacle of art, the unveiled genius of the storytelling craft, perfected here in the visual medium.

“A beautiful object ought not to be spoken about in any but a beautiful manner.” -The Introduction to Hans Urs Von Balthasar’s Heart of the World. 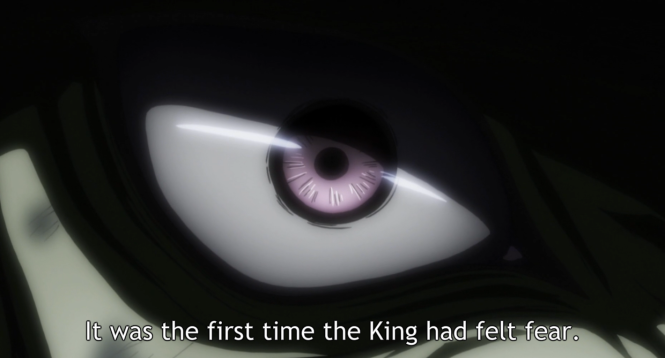