The Fall 2014 anime season has come to a close, so it’s time to take a look at what was the best, what great, what was good, what was enjoyable, and what was none of those. It’s particularly important in this season to note that these rankings only cover shows that ended this season—if ongoing shows were counted, this list would look radically different.

I’ve also made a few changes to the awards to accommodate the decreasing number of shows I’m watching each season. All the genre awards have been reduced to a winner and an honorable mention, OST has been added as a category, and ongoing shows are eligible for the OP/ED categories. With that in mind, I’m happy to present the top shows of Fall 2014. Well, happy might not be the best word for a season as rough as this, but here’s the list anyways.

Shoutout to @ZeroReq011 for giving me this gif!

Yeah, yeah, yeah, I know. The facts are as such: I didn’t like the GGO arc all that much, but Mother’s Rosario and Excalibur were good enough and fun enough, respectively, to remind me what I liked so much about the first season of SAO. If I had to say, I’d probably attribute GGO’s failures to something as insubstantial as “trying too hard,” and the later arcs’ success as “returning to what SAO is good at.” Or, it could just be nostalgia. Either way, Sword Art Online is my top anime for Fall 2014. In my opinion, the show looks even better than it did in the first season and returning to the familiar world of ALO recovered the earnest charm I found so attractive about the first season. I’m well aware of SAO‘s many faults, but in the end I think it’s a well-intentioned show and I love it despite its stumbles. Because it tries to be good.

At the beginning of the season, I was really excited for YuYuYu as a cheery looking slice-of-life show with a few fantastical elements tossed in. Obviously, that wasn’t quite what I got (in fact, some of the slice-of-life episodes were pretty dull), but YuYuYu ended up being one of the better shows I saw this season. Backed by Monaca’s beautiful choral OST and bolstered by my favorite female character of the season, I felt that, despite some early and late season troubles, YuYuYu ended up communicating a message I could really appreciate: it sucks out there, but you can go on anyways. It’s not a particularly innovative message, but I adored Yuna’s character and she was really the pivot on which the thematic wheels of the show turned. Although the weaker episode held YuYuYu back from being great, I think it turned out pretty well for what it was.

A show I wasn’t expecting to pick up, then had trouble finding because no one picked it up for legal simulcasting. Needless to say, I did eventually find it out there on the internet, and it’s a good thing, because now here it is as the third best show of Fall 2014. While the comedy was hit-or-miss for me, it hit more often than not and the moment of drama woven into the final episodes of the show were actually far more compelling than I expected. Seeing Kanie’s arrogant mask come down in the face of both challenges and achievements was surprisingly emotional for me, perhaps made all the more impactful because male characters in anime who actually display a wide range of emotion are…well, they’re rare. KyoAni also did a solid number on the animation for the show, providing plenty of gif-able, meme-able, and screencap-able moments.

Certainly, this season of Chaika benefitted greatly from the strength of the goodwill it had stockpiled with me after the first season. While this season failed to reach the heights of comedy or adventure that the first season established, Chaika’s lovable party was still fun to watch, although I felt that the pacing of the show was constantly rushed and I missed the show’s derpier moments from the first season. The ending simultaneously was complete and dissatisfying, as 10-episode runtime damaged a lot of the emotional closure that a show whose strengths have always been in its endearing characters needed.

Turns out, Inou Battle‘s central premise was both the thing I liked most about it and the thing that made it the most difficult for me to like. The idea of a group of kids having superpowers but not actually doing anything with them is a fun idea that sits in a really comfortable fantasy place. However, not actually having a superpower-based conflict meant that most of the tension in the show revolved around character relationships…which could have been a total wreck had Inou Battle not occasionally had some of the best character writing of the season. But that occasionally part is the difference between an enjoyable show to watch and a good show to watch. There’s a lot of dead time in Inou Battle, and some of it is slowwwww. But, Tomoyo was a best girl worthy of Best Girl of Winter 2014 consideration, which always compensates for a few flaws.

As a relaxing slice-of-life short, Yama no Susume S2 functions perfectly. It’s also a blessing of good production values, with several standout episodes like Ryouma Ebata’s solo animated Episode 17 and Episode 13’s fireflies. While casts of likable first-year high school girls are nothing new, placing the main story of the short outside of school in the mountains allowed 8-Bit to go crazy with beautiful nature backgrounds and enhance the show’s relaxation value with decadent pans and peaceful music. Hinata, voiced by Kana Asumi, is the standout character of the bunch, a energetic, kind-hearted girl with enough of a ditzy side to make her believable while keeping her from becoming a total moeblob. It’s pretty hard not to like Yama no Susume, and the 13-minute runtime is an appreciated detail that made the show easy to watch.

Akame ga Kill is a tough one for me. Some might remember my lengthy reflection on its potential as a reflection on the futility of violence from immediately after Chelsea’s death, but having finished the series, I’m still not sure what I think it was trying to say. One thing I think is certain, though. Despite the occasional shounen silliness that pervaded the show, I don’t think it was as tryhard grimdark or immaturely reflective as the general critical community labeled it. There’s a weight to seeing good people lose their lives for good, evil, and pointless causes. Akame ga Kill uses death freely and uses it to manipulate emotions, but I don’t think it disrespects life or death. What is clear to me is that I liked the show and I liked almost all of the characters. And, at the very least, I learned that I’m the type of person who looks for meaning in both life and death. For that, I think I can be thankful.

More or less a show where the sum total of what was good wasn’t really enough to make the experience feel significant. There were plenty of really good episode of Argevollen and plenty of elements I liked, but at the end of everything I mostly just felt apathetic towards the ending. As a reflection on the cyclical and pointless nature of war, I think it works, but Argevollen stops short of really trying to make you feel that hopeless and instead ends up being more of a slap on the wrist than anything. So much of the show does reflect the reality of war and the military, but it felt much more like a depiction than it did a critique. For a show with average to mediocre production values and competent writing, Argevollen turned out to be worth the time spent watching, but not much more than that.

After a first season that, yes, I did think was genuinely good, WIXOSS and Okada morphed into an entirely different beast that managed to be both highly entertaining and legitimately befuddling at times. I don’t think spread WIXOSS was a good show, but I finished it, which is more than I can say for a long, long list of shows from this season. In some ways, I do feel like this second season was a bit of a bummer, because there was some incredible thematic potential available for WIXOSS to tackle. In the end, though, I think I prefer this campy iteration of the show, as a “serious” version would probably not have been anywhere near as entertaining. 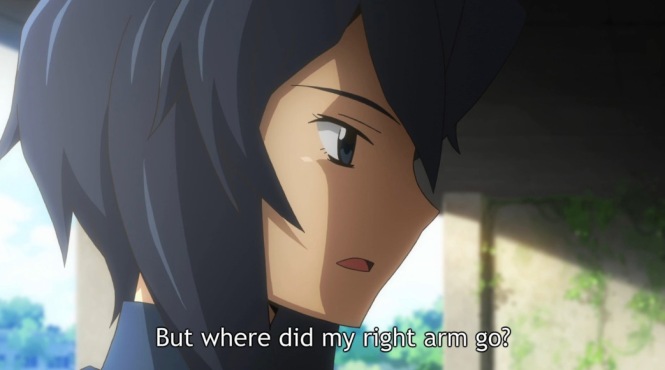