Okay, so if last week being down was the requisite condition for this week, I am so very okay with that—because these week was an absolute stunner. Three episodes of genuinely amazing romance, one triumphant episode of super heroes, one bleak and finely executed thriller, and a smattering of fun. This may sounds silly to some, but it’s weeks like these that make me feel I’m not wasting my life away watching a bunch of foreign cartoons. There’s beauty and meaning and goodness and truth in all of this.

Gakkou Gurashi, Episode 10: Well. We knew something was going to happy. Go us. After last week’s mucking about doing nothing, we finally got back on track as our cute little moe show brought the pain, agony, and heartache that I think I always knew was coming but really wanted to pretend I wasn’t seeing in the future. But this is the reason we watch stuff like this? We want to see what happens when all the pressure builds up, when things really start to unravel, how the oasis becomes polluted—and what humanity can do in the face of all of it? Will coming back to reality break Yuki, or will she be strong? Can Rii-san hold onto hope and faith in Miki long enough to stay her knife? What will it take to get Miki off the floor and back into action to save Kurumi? And what of the storms from inside and out that are coming for them? Gakkou Gurashi‘s not a particularly fun show to watch. This is not a genre of stuff I generally enjoy experiencing. But at this point my investment in these characters is overriding (just barely) the part of me that’s like, “That’s enough. I’m out. I don’t want to know what happens.” So, I guess we’ll see each other next week… Classroom Crisis, Episode 11: Take one – emotionally ambivalent to the point that I don’t know what to say. Take two – and now this is a good episode.

Let my experience be a warning to you all. Trying to watch emotionally-charged episodes of anime (or, really, anything) when you’re in a bad mood is not a good idea. It makes it tough to engage with the show’s own emotions, which can sour the experience. But, let me tell you, Classroom Crisis sure did its level best to work on me despite my emotional state, and the excellence of this episode became even more clear when I rewatched with a clear head and heart. That is to say, I don’t think there’s any question this is the best the show has ever been. It was beautifully structured, every conversation meaningful and well-written, and the emotional lynchpins of the 25 minutes (Nagisa’s conversation with the CEO and his conversations with Mizuki and Kaito) were executed splendidly. In particular, I adored the audio editing in the moment immediately after the CEO reveals he’s known all along Nagisa wasn’t the real Nagisa—the movement from environmental silence to a true lack of noise was stunning and powerful. Like, you know, the rest of the episode. 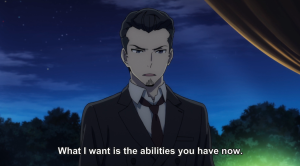 Working!!!, Episode 11: ONE SHIP SAILED. ONE MORE TO GO. ONE SHIP SAILED. ONE MORE TO GO. I won’t say I don’t believe it, because I always had hope, but I can barely believe it. Satou and Yachiyo are really a canon couple. Working!!! has taken nearly three full seasons of jokes, romantic playfulness, and general warmth and directed the full force of it all into a single fantastic episode. From start to finish, this episode was an absolute delight, winding humor, cuteness, and some actually legitimately romantic stuff together in a way only Working!!! can do. And with both Yachiyo and Satou saying directly to each other, “I love you,” there’s no room for ambiguity or take backs. This has happened, but in the most Working!!!-esque way possible. First there was the almighty joke of Satou’s first confession, as the entire staff’s interest in the scene played out in the background. Then the real confession in the storage closet (complete with references to jokes from prior seasons). The Satou’s hilariously in-character absence and Yachiyo’s subsequent visit to his house. It was funny. It was adorable. It beautifully depicted everything that makes the Satou x Yachiyo ship good (and viable as a relationship!). It’s resolved. One ship has sailed, and now we only have one more to go. 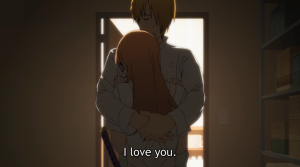 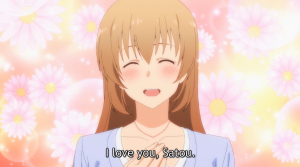 Gatchaman Crowds insight, Episode 10: The winds have shifted as the atmosphere’s target changes to Gelsadra, yet the one constant wind—Gatchman Crowds insight being good—hasn’t changed. This episode was an absolute cracker, quickly paced and sharply on point (as usual) with its critiques and ideas about the social realities that shape our world. Yuru-jii’s paralleling of the current state of Japan with the events of World War II, the almost acidic way the show uses Millione’s (notably Kuu-sama-less) influence to direct the shift in mood, and Rizumu and Rui’s ever-conflicting beliefs about humanity…it was all there. And, besides, it was a supremely triumphant episode, as we watched both Rui and Tsubasa get back on their feet and join the Gatchaman team for some good, old-fashioned fighting. Meanwhile, Gelsadra comes to his own personal revelation, and it seems peace is within our grasp. Except…with Riziumu out there and two episodes to go, I’m sure we’ve got at least one more pile of humanity’s darkness to sift through. At least we can go back to chanting G-G-G-G-Gatachamannnn, instead of Gelululululu. 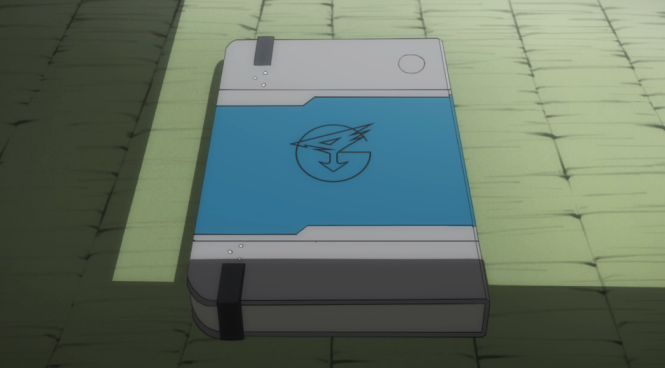 Akagami no Shirayuki-hime, Episode 11: Frankly, I haven’t got the foggiest idea about what I should say regarding this episode. Especially that final conversation. I mean.

It was good? It was raw and honest and incredibly beautiful? I’m tearing up just recalling it? I dunno. I dunno. 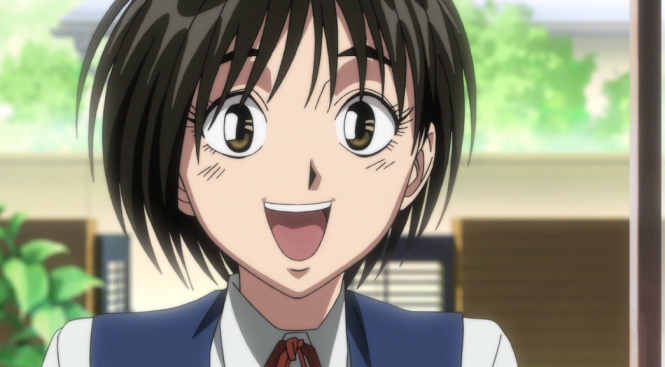