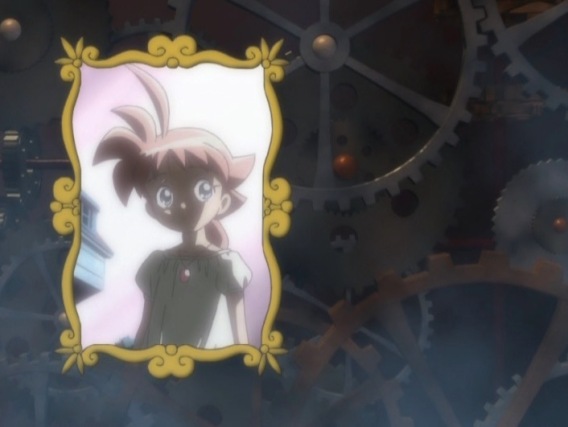 As part of my ongoing quest to diversify my blog offerings, I’ve chosen possibly the least appropriate show possible to do episode impressions blasts of: Princess Tutu. There are several reasons for this. The first is that I’m sick of being in a blogging slump and the best way to break such slumps is to write. The second is that Princess Tutu makes me want to write about it, but waiting until I have fully-formed essay ideas to write will likely mean it would take me a year to write about it (like what happened with that AKB0048 post, which you should go read – despite the fact that is has nothing to do with Princess Tutu besides the fact that they’re both in the top 10 of Draggle’s anime list).

I read somewhere in advance of starting Tutu that it’s a “metafictional” story, which means jack squat unless you’ve actually seen an episode of the show. Having seen two episodes, though, I get it. Tutu is a story within a story, or maybe like 30 stories inside one story. This is cool, partially because the literariness of it coupled with the cartoonyness lets me feel like an educated consumer while also getting to giggle about how ducking cute Duck is and how silly her faces are. Are all Junichi Sato shows like this? If so, I’ve been doing myself a disservice by unintentionally keeping my distance from him.

I also found out during “research” (aka I was looking at the Wikipedia page for the show to remember Luci Christian’s name) that the original story concept, character designs, and chief animation direction are all done by the same woman, Ikuko Ito. This is interesting because such a trio of roles might make you suspect a kind of harmony between the story, designs, and animation, but I certainly don’t have the verve to try and make an analysis of how the formal qualities of Duck’s design are inherently synchronized to the story.

Anyways, my first impressions of Princess Tutu are that Sato finished storyboarding Utena 34 for Ikuhara and was like, “What the hell’s this tryhard artsy grimdark junk? Your henshin sequences are pointlessly inscrutable. Nanami was the only character in your show with halfway decent silly faces. Let’s give this another go, but cuter.” Between weird marriage threats from Cat-sensei and Duck effortlessly being cuter than Utena and Chu Chu combined, I’d say Sato and co. have successfully modulated the Utena mold [J.A. Seazar is playing the background as I write this; I am chastened].

I’m pretty darn fascinated by the ballet school Duck attends. It’s obviously tiny and apparently resides within a town, but you would know about the latter point until the second episode, which is interesting. The pond she keeps seeing in her dream apparently has its “real life” (lol) parallel outside the town, so it’s the story that liberates her from the confines of her reality (personal and physical).

A word on role-playing and the theatre: the point of acting is that the actor effaces the boundary between self and character for the audience. It’s not clear yet to the extent which Duck is doing this. She’s a duck, Duck, and Princess Tutu at alternate times, but when she’s one how much is she the other? If Princess Tutu is a character in a story that Duck has to play (or is that backwards? has Princess Tutu been forced out of her proper role into being Duck), she’s got to erase Duck or else risk failing to convince the audience, which is Mythos primarily now I suppose. In other words, it’s the opposite of method acting, find the self in the character. Of course, that boundary is ephemeral – it all bleeds together.

Last word: Rue’s gonna be the school-world incarnation of the Raven? Drat. Why is it always the cool beauties?

I stumbled upon Princess Nine while trying to see if Crunchyroll had Princess Tutu. Baseball is not as good as ballet, but it’s pretty good even so.