What happens when you take a premise I don’t like and make a whole show out of it?

Re:ZERO is an interesting show. Although I can’t profess to have much fondness of its basic premise of “whenever the main character dies, he revives at a previous point in his life,” the way it’s taken this premise and molded an entire story out of its is something I’m finding rather impressive despite the fact that this main idea isn’t all that uncommon. We see these sorts of anime all the time, shows that take a single premise and stretch out that premise as far as they can. Think of The Devil is a Part-Timer! (the premise is literally the title) or even the airing Haven’t You Heard? I’m Sakamoto (a high schooler is cool, cooler, coolest). These shows take one basic idea and then run it over and over again, to varying degrees of success. What makes Re:ZERO somewhat different is that it uses the repetitive nature of its core idea to its advantage. By incorporating the reset mechanic into its narrative structure on multiple levels, Re:ZERO manages to do what many such shows fail to: succeed with its premise as plot.

I want to talk about that premise tonight, or, more specifically, how the reset mechanic in Re:ZERO intersects with the story’s narrative and emotional substance. While the reset premise is only one aspect of the show’s overall appeal (and we’ll look a bit at how other factors impact the mechanic’s ability to succeed), I’ll primarily be discussing the mechanism of the “reset” itself—how it works, what some of the implications of its use are, and what this all looks like when Re:ZERO as a particular show uses it. And as a starting point, let’s establish that there are two distinct components to the “reset”: the plot piece and the emotional element. Both are made a part of the resets in Re:ZERO and both, notably, are equally important.

It’s easiest, I think, to start by discussing the plot aspect of the reset mechanism. As you know if you’ve seen the show, every time Subaru dies in the fantasy world into which he’s been transported, he’s returned to a particular pervious moment in time—a save point, in video game terms. The fact that he has this power (or curse, arguably), within the in-universe reality, makes up the core premise of the show. Honestly, this is little more than a gimmick premise—even though we’re 7 episodes into the show already, no concrete overall story has arisen. Instead, the whole basis of Re:ZERO‘s story so far has been, “Subaru comes back to life when he’s killed. How does he make it through the same series of events without dying?” It’s almost blatantly coded in game terms—this series of puzzles for Subaru to solve rather than a story. I don’t mean this as a criticism of the show, by the way. It’s a gimmick premise, but if you interrogate your gimmick thoroughly enough it’s possible for it to hold up an entire show. This is the pathRe:ZERO has taken—in contrast to, say, ERASED, where the reset mechanism was only a part of the series’ central premise.

In fact, I might even go so far as to say that Re:ZERO actually makes better use of the reset mechanism than ERASED does—that because Re:ZERO treats its gimmick as a worthy story-driver on its own, it modulates the mechanism from being a mere plot device into the plot itself. This is kind of a fascinating occurance, because what Re:ZERO is doing is basically taking a one half-baked idea for a story (“Uhh…a guy comes back to life at a set time in the past whenever he’s killed”) and circling around it repeatedly while relying on its characters and their interactions to keep its one trick from becoming rote and boring.

On that front, Re:ZERO has succeeded pretty well for me, because its characters are charming—even if the majority of them get reset almost every episode. Having already identified the way the reset mechanism is used in the show as gamified, I suppose the appeal there is obvious enough: the tension arises from being unsure if he’ll beat the “game” this time around. The familiarity of the this structure generates a semi-metatexual conflict for the viewer – we’re not just concerned about whether or not Subaru will survive his encounter with Elsa in the immediate, but whether or not he’s learned enough to take the actions that will allow him to survive and move on to the next stage in the story. As a side point, the other interesting thing Re:ZERO does with the reset is tying the mechanic directly to the in-universe story (i.e. “Why does Subaru have this power? Who gave it to him?” and so forth). From what we know now, we can presume that the Jealous Witch has something to do with it – but that’s a conversation for another time.

The other half of the reset mechanism is the emotional paradigm it enables. I said while discussing the plot element of the reset, the gimmick is that Subaru doesn’t pass on from the world when he dies… but that’s not entirely correct. What keeps Re:ZERO from being solely an intellecual puzzle game is the fact that Subaru loses something, something important, each time he dies—even if he doesn’t lose his life entirely. Rather, each reset rips away from Subaru (and, by extension, the audience) all the emotional bonds and interpersonal relationships he’s formed with the other characters. In this way, Re:ZERO‘s overall effect towards the audience actually makes it more similar to Akame ga Kill than anything else I can think of. There’s the same calculated build of connection, followed by the same violence-puncuated truncation of this connection for the sake of causing a feeling of loss in the audience—rinse and repeat. That’s seems rather dull in description, but I’d argue that it’s not an inherently poor construction if executed competently enough to invest the audience. Through the virtues of its characters, I think Re:ZERO actually ends up doing this rather well.

In other words, Re:ZERO, perhaps against all odds, has managed to take a rather gimmicky idea and successfully leverage it into an engaging story. While the show lacks an overarching narrative that links its individual arcs (at least, for now), the premise itself and the corresponding emotional beats that accompany this feux-story—in essence, the only real story in Re:ZERO is Subaru’s personal arc—create enough momentuum, even if that momentuum is circular rather than linear in nature, to make the story engaging. On a personal level, I actually find this repetition somewhat frustrating for various reasons (I don’t like the feeling that the characters besides Subaru have been gamified, in the sense that he can affect different outcomes with them by changing his own behavior), but that’s neither here nor there when I consider how cleverly Re:ZERO stresses its premise in a way that effectively provides the show with conflict, minor progression, and ultimate fulfillment by the time Subaru succeeds in escaping a particular loop.

Re:ZERO may only be accomplishing its goal of generating momentum both narrative and emotional by honing in on a single plot device and riding it for all it’s worth, but its commitment to that point makes it all work. Well, that and the fact that that Emilia’s cute, the twin maids have the most adorable dumb haircuts ever, and Betty’s a total champ (Subaru’s not bad either, and here’s a shout-out to Puck). Never underestimate the power of moe. 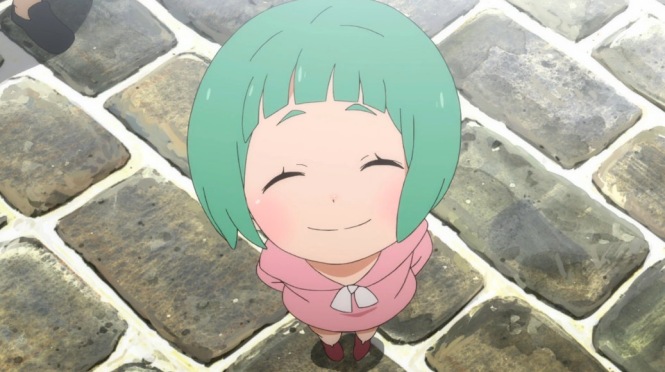 This piece was originally published under the same title on Crunchyroll.com as part of the Aniwords column. The original post can be found here.

7 thoughts on “Premise as Plot in Re:ZERO”