We’ve tripped over the halfway point now with all currently airing shows (except RWBY and Sailor Moon Crystal), so here is the basic rundown of how I’m feeling on everything. 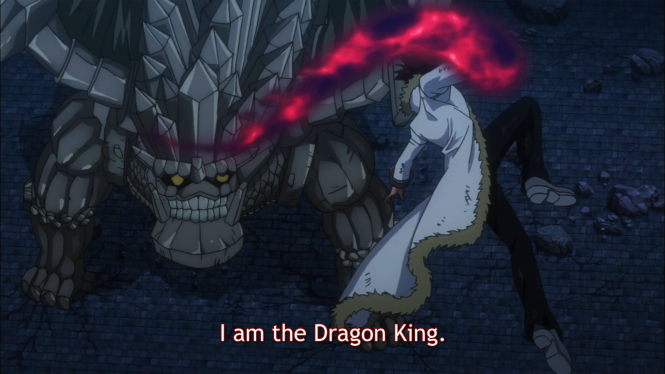 Zankyou no Terror, Episode 6: Wasn’t late with the episode post this week!

RWBY, Episode 4: Probably actually the best OP of the season. The full version is even better. This was a good episode by RWBY‘s standards, the most notable event being the revelation of the official Rooster Teeth ship names for the girls (Checkmate, Ladybug, etc.)—setting aside the obvious fact that they already can work as a unit of four, so splitting themselves into pair when the whole team is present serves no functional purpose. Many hands make light work, but not as many cool fighting combinations. Also, Yang is apparently a Bide spammer. I also discovered that Weiss surprisingly has my favorite fighting style of the RWBY set. I like her magic circles and the variety they give to her attacks. Finally, Torchwick’s new henchwoman looks awesome.

Free! Eternal Summer, Episode 7: I will admit, Free! Eternal Summer is doing a good job of using all the angles it possibly can to wring fanservice out of this premise and plot. We had Sousuke pull Rin in for what would have been a kiss had they not been fighting. We got more melancholic puppy dog looks from Makoto, and we got the pretty hilarious “kiss me” vocal skit during the preview in sexy Engrish (“Perfect Body!”). As for the actual content of the show, Gou’s appearances have dwindled as the drama and competition heats up—and having its best character off-screen for so much of the time clearly isn’t Free! Eternal Summer at its best. These one screencap episodes really aren’t good enough, KyoAni.

Argevollen, Episode 7: Are you watching Argevollen? If you aren’t you should be, and not because of the ridiculous moaning massage scene. I’m about 85% convinced that Xebec knew exactly how hilariously overdone that scene was because it was so dissonant with the tone of the rest of the episode, which was quiet, peaceful, and reserved, and with the rest of the show, which has stayed far away from anything close to your typical hyper-reality anime. This was another calm-before-the-storm episode, a type of episode Argevollen seems to really like—and for good reason: the show does them very well. There was also some restrained humor (all the places Tokimune and Jamie wanted to go being closed was pretty funny), and the moment in the sunflowers at the end of the episode was really great. Still trying to figure out exactly what’s working so well for me with Argevollen. I’ll let you know when I realize what it is. 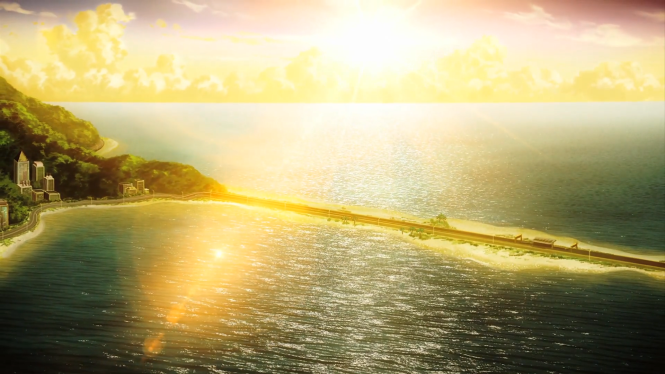 Aldnoah.Zero, Episode 7: I never thought I’d be saying this, but please Gen Urobuchi. Come back and save this show before hidden docks (you gotta be freaking kidding me) and gigantic Aldnoah-powered Martian battleships and Rayet suddenly having sniper-level Kataphrakt skills destroy any ability I have to take Aldnoah.Zero seriously. You can only throw so many last-second saves at me in a row before the tension in your show’s fights begins to totally disintegrate. And that’s a shame, because otherwise I liked the episode just fine. It was nice seeing Slaine around for the fight, and Inaho’s casually immediate severance of their partnership was harsh and in-character (if a bit hasty). Just more proof that NOBODY LIKES SLAINE. At all.

Inko continues to get funny-cute lines, and her VA is doing a great job on the delivery.

Glasslip, Episode 7: Seriously, what is this show doing? Everything is so weird, all the time. I can’t say it’s the character not acting within the scope of themselves, because they are. I can’t say that it’s emotional reactions that ring false, because they make sense. But the way this plot is turning, every twist is baffling out strikes me as just not making any sense. Throw in the arbitrary nature of the future-seeing (I told you guys it was black hole this show shouldn’t go near), and Glasslip alternates wildly between feeling really honest and totally contrived. I can’t even say the show is a trainwreck, because it isn’t really—but it is super weird. I can’t look away; it’s too strange.

Glasslip is actually a surrealist show none of us are weird enough to understand.

Haikyuu!!, Episode 20: This was a pretty tough episode to watch, but we found out that Tanaka has a lot more mental toughness than Kageyama. As rough as it was to watch Tanaka lose his trademark confidence in a devastating string of attacks from Oikawa, the payoff when he finally recovered was well worth it. The same could not be said of Kageyama, who basically was deteriorating the entire episode into a bundle of nerves and pressure on himself. It’s pretty significant, I think, that the chaotic exchange leading into Tanaka’s recovery was basically a desperate, full-team effort for Karasuno—a moment in which the team lifted up an individual. This, of course, stands in sharp contrast with the way things went for Kageyama, who has basically blinded himself to seeing anything else besides his own drive to not lose. The incoming substitution with Suguwara probably won’t totally destroy Kageyama’s confidence, but it will be enough to shake him back to reality. Oikawa, as a personality and a player, has been a fantastic foil for Kageyama, as he showcases just how much the “genius setter” needs to grow.

Sailor Moon Crystal, Episode 4: I’m not going to lie—sometimes I watch this show and wonder if this is really a series based off of a highly-acclaimed, extremely nostalgia-inducing manga. It just strikes me as almost infinitely dull, although this week was admittedly better than any past weeks. But, despite the fact that I generally like genki girls, Usagi has worn my patience with her extremely thin. I like Rei and Ami much better than I like Usagi at this point, but they had so little screentime that it really didn’t matter. Throw in the fact that Usagi had to be the one to defeat the enemy this episode, after being a total dunce to that point, and I just can’t even. I just…can’t even. Looking forward to more side-characters to be induced, hopefully pulling more attention off of Usagi and the needlessly mysterious and ambiguous Tuxedo Mask.

Gekkan Shoujo Nozaki-kun, Episode 7: The moment Nozaki and Sakura saw Mikorin in the figure store was drop dead funny. And then came Mikorin modeling like his bishoujo figures, giving the ladies some unintentional fanservice. Funny stuff. Mikorin’s still a little too close to behaving like I do for comfort, but he’s still plenty funny for me. You just know he’s always one step away from totally putting his foot in his mouth, which makes him a great character to have on screen. The “OMG NOZAKI MIGHT ACTUALLY LIK—” moments with Sakura and Nozaki are getting a bit repetitive, but it’s still a pretty great representation of Sakura’s character that after all this she still can’t get her imagination under control. High school girl indeed… 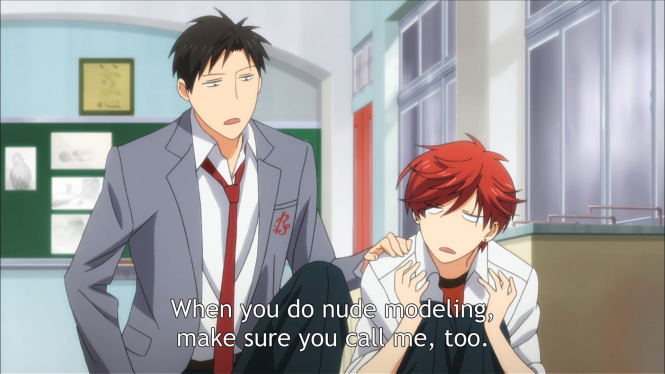 Hunter x Hunter, Episode 143: It pretty much sucks that we only have a few weeks left of Hunter x Hunter. There’s no other way of putting it. The show is just excellent at all times, no matter what it’s doing. And this week, where we got a full dose of Killua demonstrating that he’s probably the person who’s changed the most over the last 143 episodes—there was no way it could fall flat. Killua has transformed into a marvelous human being. He has (with Gon’s help, of course) nurtured the best parts of his nature and has become a truly loyal, honest, and kind-hearted kid. I don’t know what either Illumi or Hisoka are thinking (sorry, not a psychopath), so I don’t know where this arc is headed, but it’s been great so far and it’s not a terrible place to end the series. I need to start thinking about writing an grateful eulogy for the 148th episode…