This is going to be one of the shorter highlights posts I’ve ever done because I wound up dropping one show this week, but compensated by writing episodic posts for three shows. So this is what it’s like when you get to the level of being an ANN reviewer…yikes.

Oh, and on Friday I finally discovered what WIXOSS is really all about.

Your Lie in April, Episode 6: I suspect I might permanently pick up KimiUso for weekly write-ups.

Akatsuki no Yona, Episode 7: I think Yona‘s on the episodic schedule now, too. Entertaining and impressive is the way to go.

Shirobako, Episode 6: Tarou continued to be insufferable throughout this episode—even surpassing his own futile idiocy from last week sometimes. Somehow. Somehow. I liked the way they wrapped up this mini-arc, with some concessions from both sides, and although the Endou and the CG guy exchanging promises to learn from each other felt a tad bit trite to me, it’s an interesting reflection on what the creators of this series think about the role of 3D CG in anime. For my part, I’m just now starting to take interest in sakuga, but I’ve seen enough anime to know what’s really good and what’s just okay—and while I don’t hate CG, I have yet to see it demonstrate as much artistic merit as traditional hand-drawn animation. But that’s just a side note in the overall scheme of Shirobako. I’m wondering if finishing Exodus will bring us to the end of the first cour. I’d be happy to see some changes take place to mix things up in the second half of this show. 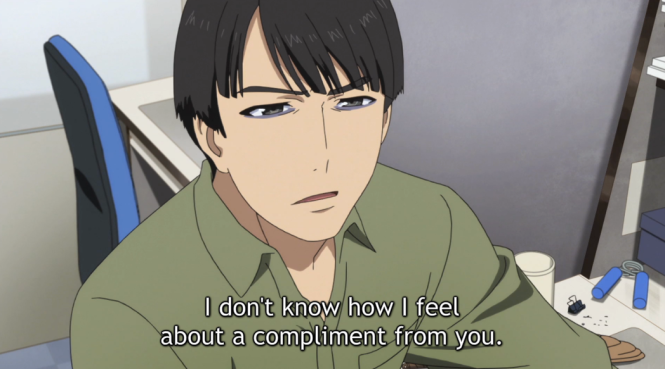 Argevollen, Episode 19: Great episode from this underrated show this week. All the comedic bits starting with the engineer girls bemoaning their lack of romantic prospects and going to Tokimune’s face getting smashed into the cake worked for me. After all, I’ve spent a lot of time with these characters and I at least like all of them, so (again) getting to see them behave like real people, not just soldiers, is a nice breath of fresh air amidst all the political intrigue that’s going down elsewhere in the series. Saionji and Suzushiro sleeping together felt pretty out of place in this episode, but that whole scene was pretty depressing—two people trying to live down their guilt and looking for comfort anywhere they can find it. Now that Saionji has turned to the very mechanism that killed Reika, things are about to really get interesting. Which, incidentally, is a line I keep saying in relation to Argevollen. 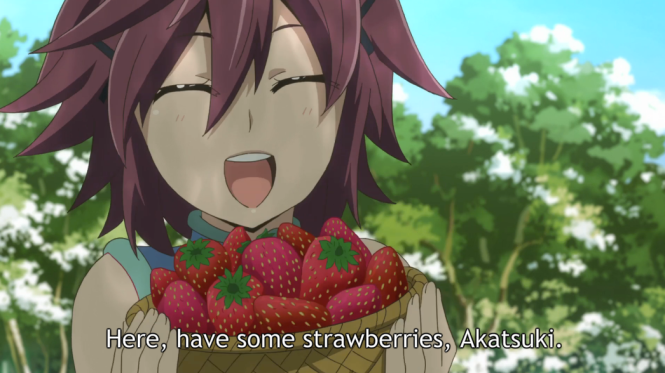