Cuts are finally complete at 11 shows for the season. With the end of the week bearing the bulk of the season’s weight, this is a manageable schedule for me with everything that’s going in real life and with all the project I’m hoping to do in the coming months with the blog.

It’s been a tough week-ish for the blog in terms of page views as it looks like my SEO ranking were pretty much reset with the new domain fully taking over. That’s…kind of a disappointment after it took literal months to build up my rankings to what they were before the crash, but I’m trying to look at this as a new challenge for me as I continue to hone my content creation and digital marketing skills. I’ve got a plan to work my way back up the list and a big part of it is continuing to create new, interesting content! Hope you guys enjoy!

Your Lie in April, Episode 15: As always, a mixed bag with KimiUso this week, but I’m still coming back for more!

Shirobako, Episode 16: And, so, everything turns out a-ok minus one month of production time. Small victories, guys…It’s pretty cool how invested I am in the entire studio’s success with their new show—seemingly all the forces in the business world are arrayed against them to prevent them from actually completing Third Aerial Girls successfully. As with most episodes of Shirobako (excepting the last), there were a ton of great small moments like Ema’s rooftop calisthenics (a clip I watch ~10 times before continuing the epiosde) and Iguchi’s relieved smile at the end. Shirobako seems pretty entrenched in the “creative stoppage is liberated by doing something else” mentality, but I can’t help feel that we’ll eventually run into a situation where just hearing someone else’s story or going outside won’t help. But until that days comes, it’s good to just be happy with what we have. 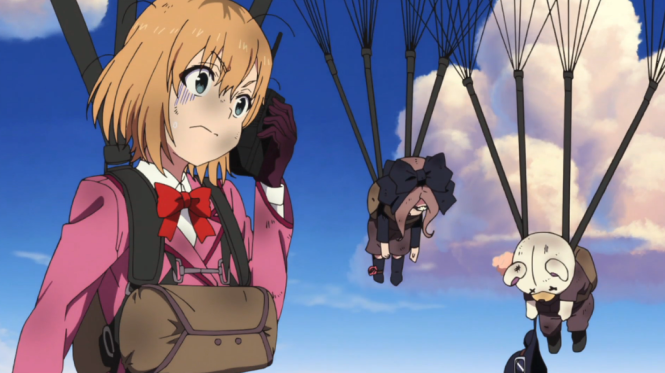 Death Parade, Episode 4: So, we’re already to the point where we’re allowed to question the very validity of the games as a judgement mechanism. The fact is that both Misaki and Yousuke lived hard lives (perhaps somewhat self-inflicted, but still) and neither of them deserved to die when they did. And neither of them was really totally evil or totally good; instead, they were human—a little bit of both. Sometimes given to acts of kindness and sometimes able to act in really awful ways. Is it fair to judge someone on the darkest parts of their soul when those parts may be but a fraction of their entire person? The games are specifically designed to pull out that fraction, leaving the rest of them, their better parts, unevaluated. In that sense, it’s an entirely unjust system. Anyone judged on their sins alone will be condemned, as no person is purely good. It seems Death Parade and Kurokami are aware of this, so it will be interesting to see how the increasing humanity of the participants and Decim begin to intersect with the question of the judgment’s validity. 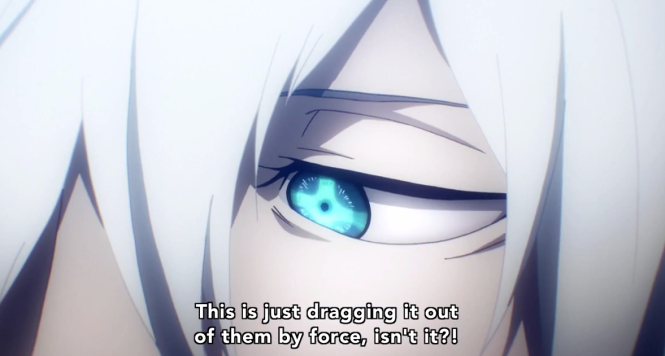 Durarara!! x2, Episode 4: Just some more of Durarara!! doing what Durarara!! does best—bringing weird assortments of people together to have fun together. Whether they’re eating hot pot, fighting off mobs of motorcyclists in the streets, or otherwise being themselves together, this is a pretty magnificent cast to watch bounce around the streets of Ikebukuro. But it’s not all fanservice (like the hot pot scene was); there are other things afoot in this town. Ruri and Yuhei are caught up in their own doings (even if Yuhei doesn’t want to hear about Ruri’s past, I do), Aoba wants to go toe-to-toe with Izaya, and Izaya himself is just biding his time to start stirring up things again. It was quite satisfying to see him bitter about the hot pot party. I hope Anri and Mikado were taking notes from Celty and Shinra on how to be a couple. Kida and Saki back when???

Rolling☆Girls, Episode 4: The show continues to grow on me. The wider plot and the thematic implications of Chiaya’s relationship with mother are quite fascinating to me (especially when contrasting her parental problems with Nozomi’s solid parent situation), but on its own the episode was quite enjoyable to watch. The first half, until the Always Comima Leader showed up at the house, dragged a bit for me and the reveal of the “Dynamite Bombers” was retroactively lame, but the climactic battle (yay for sakuga!) was really well edited and effective. As suspected, the Love Stones do indeed grant people the powers of the Best, so it’s quite interesting to hear that they’re being offered as rewards for problem solving. Fighting Nozomi when??? 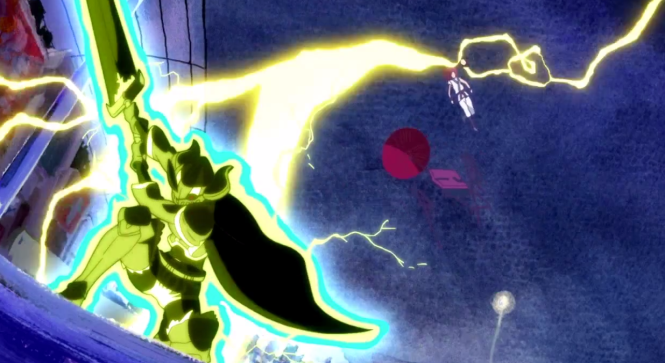 Absolute Duo, Episode 5: After a hilarious and very entertaining episode 4, Absolute Duo was a little less exciting this week, but made up for it with Tor and Julie’s conversation after he returns from his “date” with Lillith. It’s not rare to see anime characters apologizing to each other, but Tor comes clean about where he was and about the circumstances of his absence not because Julie is throwing a tantrum (she clearly trusts him enough to not pry), but because of the trust their relationship as a Duo is necessarily based on. This may not be a romance, but we’re seeing some actually valid, healthy relationship dynamics between these two characters—all stacked on top of a protagonist who actually takes initiative beyond a plot event level. Cheers to this show. Also, the new ED is growing on me. 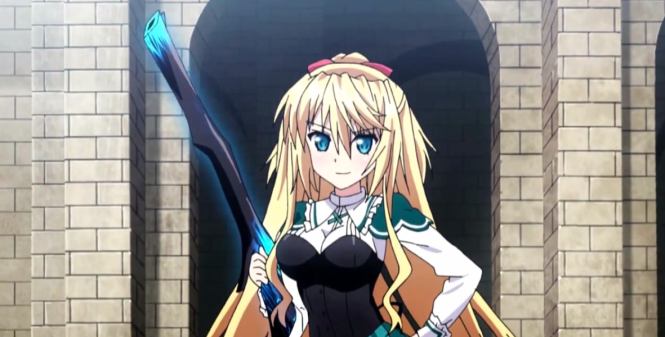