For those of you who don’t know, Evangelion director Hideaki Anno’s Studio Khara, in conjunction with media company Dwango, has been running a cool little project called Animator Expo (there is an English language version of the site) for a while now. 30 short anime productions are planned for the Expo, with a new one coming out every week starting on November 7, 2014. So far, 26 (I’m behind) of the 30 shorts have aired, so here are my thoughts on numbers 15-20. Rather than giving them a standard numbered rating, I’m just going to go with a [bad/decent/good/great] scale.

On these five shorts as a whole: Definitely not my favorite batch of shorts so far, but with one new favorite and a couple of conceptually interesting videos, it’s definitely wasn’t a wasted group (at least for the most part). 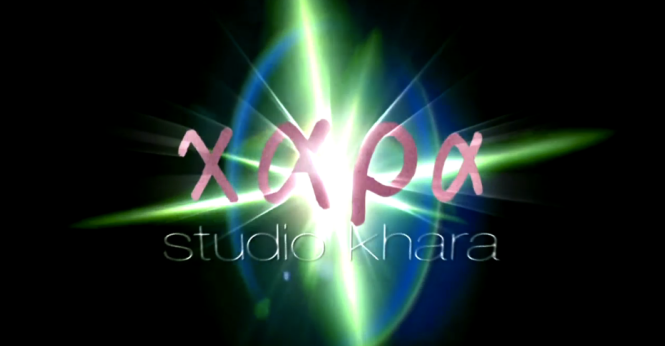 Purple, sparkly space cats are a weakness of mine, but overall “Tsukigage no Tokio” was just a bit too unfocused to really make a big impact. Basically, there were two things going on: 1) the interstellar friendship between Tokio and the earthling girl, and 2) the solar system defense forces falling one by one to a space dragon that later turned out to be the aforementioned space cat. Either one would have been good on its own, but with the friendship being used as a framing device, it felt more like an attempt to emotionally ground what would have otherwise been a flashy action fest than an actual part of the story. Which is fine because, after all, these are just 7 minute shorts—but I still wouldn’t be unhappy to see a bit more narrative consistency amidst the visual adventurous of the short. (Watch it here.)

Staff Notes: Animation artstyle shifts aside, the most impressive part of the short were the backgrounds, put together by Studio Lagrass with Katsu Nozaki and three other artists. Of the four, Nozaki has the most credits, having also worked on the backgrounds for the earlier Animator Expo short “YAMEDELOID” (which was really good, incidentally). He’s also got a few art director credits for relatively unknown works to his name, as well as a couple episode of Space Dandy via Lagrass.

In concept at least, “Three Fallen Witnesses” is one of the more fascinating ideas that I’ve seen come out of the Animator Expo shorts, where DNA evidence from crime scenes is apparently used to recreate interactive simulations of the moments immediately preceding the crime—in this case, a murder. Aside from the non-anime character designs, the thing that fascinated me most about “Three Fallen Witnesses” was how unapologetically it engaged the jargon of it worlds, specifically the phrase that’s repeated throughout the short, “Don’t fall down!” The exact meaning of these three short words is never made clear, but it calls together a host of associations—strongest for me was “London Bridge.” In a 8-9 minute short like this, it’s often difficult to build the world’s details, so using the same words multiple times and leaving them open for interpretation is a neat way to deal with it. (Watch it here.)

Staff Notes: I’m always fascinated by director-writers because the application of a consistent vision from script to screen is such a weird and imperfect thing and I feel that the combination of writer and director into a single person ought to, at least I think so, have some effect. Satoru Utsunomiya has been mostly a key animator during his time in the industry, so it’s neat to see him getting a chance to stretch a number of different creative muscles in this short.

A cute little short using both traditional 2D animation and stop motion animation in the same scenes, “The Diary of Ochibi” is one of those shorts that reminds you animation is more than just bursts of anime fight sakuga (says the guy who complained bitterly about the 3DCG animated Eva short in the last batch). There’s a delightful sense of whimsy to the short, but the really impressive thing is the fact that it exists at all as such an odd hybrid of styles. Of the four, my favorite was easily Ochibi’s summer walk across the fans and to the beach, but the whole short is bursting with charm. Overall, “The Diary of Ochibi” is just a neat thing—it’s cool that it exists, and it’s fascinating to ponder what other experiments may be inspired by this one sometime in the future. Be sure to check out the making-of pictures on the show page! (Watch it here.)

Staff Notes: Ochibi is from a comic written by Moyoco Anno, a fairly famous josei mangaka best known for the series Sugar Sugar Rune, but who might be more recognizable to anime fans as the original creator of Hataraki Man (a show I haven’t seen, but have at least heard of). She’s also, as you may have guessed by the last name, married to a fairly well-known anime director named Hideaki Anno…maybe not quite as much of an industry power couple as Togashi Takeuchi, but close.

I confess, this is the kind of stuff I watch Animator Expo for—vibrant colors, super energetic, kinetic animation, and fun concepts. While I appreciate the more experimental stuff on its own, “I Can Friday by Day” is right up there along with “tomorrow from there.” in terms of sheet aesthetic appeal and the bright tone/mood that just works for me when I watch anime. Cute character designs. Splashy colors. Upbeat J-pop music. It’s all there, packaged in the silly-serious idea of a trio of high school friends’ love quarrel enacted through the context of a war over rare crystals (aka a boy) via beast-vehicles (aka girls) piloted by tiny squirrel-like creatures (aka…emotions?). Whatever the specifics may be, the point is that “I Can Friday by Day” is super fun and also exactly the sort of think I want to watch over and over again. Definitely one of my favorites! (Watch it here.)

Staff Notes: The aforementioned cute character designs were handled by Take, whose only other big credit was as character designer for Katanagatari (a show I haven’t seen, but I love those character designs, too!). Hajime Ueda (original work, planning), likewise, doesn’t have a ton of credits, but has worked on each installment of the Monogatari franchise in some capacity. And director Kazuya Tsurumaki is a big name as the Khara Gainax expat who directed FLCL (a homage to which shows up at the end of the short). 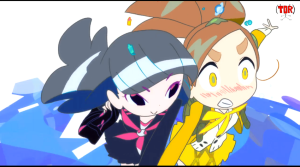 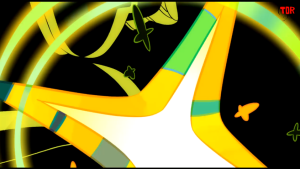 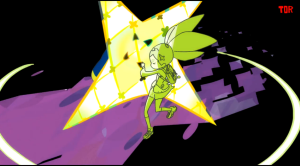 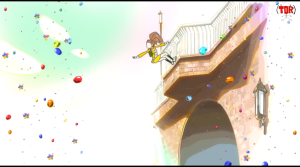 Two of my least favorite Animator Expo pieces make a reappearance, much to my dismay. “Me!Me!Me!” returns with substantially less grossness, but the music and visuals have disintegrated into a chaotic mess that’s not enjoyable in the least. I assume it was meant to be a remix of sorts, but… (No link, not worth your time.)

The making of video for “evangelion:Another Impact,” however, far much more interesting. As someone with no knowledge of or experience in 3D animation, it was pretty neat to see the steps of the process and the breakdowns of the different elements of 3D animation production. Although the video entirely consisted of short descriptive subtitles accompanying the visuals, it was still an informative and fascinating watch—even if I didn’t much care for the end result. (Watch it here.)