The season is ending, the thrillingly nice weather of autumn is starting to hit the Midwest with consistency, I’ve moved back over to MAL, and it’s time to talk about this week’s anime. A couple of my shows have already ended, with the rest of them set to conclude between now and Saturday—then we get a shockingly short break and the new season will be upon us. But let’s not think about that yet. We’re still in summer…at least if you live by seasonal anime… 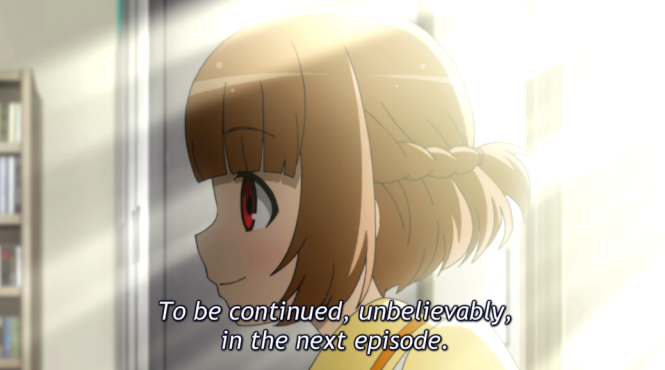 Gakkou Gurashi, Episode 11: I’ll admit it—this episode didn’t really hit me as hard as I was expecting it to. With things continuing to fall apart around this cast we’ve been given the opportunity to really come to love, I was expecting more of an emotional watershed, but I think the show’s need to actually move story pieces around ended up working against its emotional effectiveness—particularly because things are happening in so many places. That said, I was a huge fan of the way the episode handled Yuki’s return to reality. It was gentle, soft, and kind…just like Megu-nee. I was predicting the worst (tears, screams, what have you), but instead Megu-nee, even in death, guided Yuki back towards what she needed to do in a way only Megu-nee could. And that was lovely. In all honesty, I wish the episode had been more of that and less of the “literally everything is awful” gambit we got with Miki, Rii, and Kurumi (oh gosh Kurumi please live I won’t forgive this show if you go full zombie). 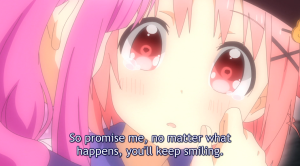 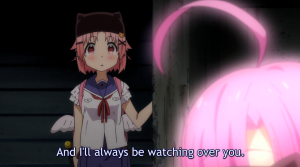 Classroom Crisis, Episode 12: Who knew Classroom Crisis‘ most biting critique of Nagisa and the corporate mentality he’s represented for most of the show would be articulated by the show’s weakest excuse for a character, Yuji? Of course, the irony is that Nagisa’s corporate persona has really been a facade all this time, in service of the passions of sentimentality—revenge and intense loyalty. Elsewhere, the episode was fun, if somewhat empty. Aside from the aforementioned moment, Classroom Crisis‘ strongest character/theme work was in the simple image of Mizuki trying to dry her tears of worry before getting to work. It was nice to see Angelina back in action (oh gosh Hattori please live I won’t forgive this show if you die), but in the end the whole Nagisa fetch quest just involved too many characters that haven’t been shown to have a legitimate investment in him as a person. Instead, both A-TEC and the workers from the first episode are kind of faceless, if energetic, forces doing what was necessary to get Classroom Crisis in position for the final episode. (Also, the production took a big hit this week, which was a bummer.) 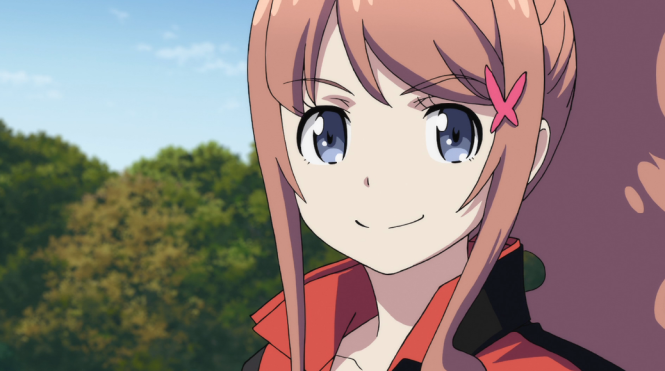 Gatchman Crowds insight, Episode 11: This was a hard episode to watch. I haven’t had much of a chance to talk about just how much I love Hajime this season, what with her being mostly inactive and silent, so the painfulness of watching her in action this week might not be something I can quite communicate. Just trust me when I say it was hard. Hajime’s “We’re going about this fight all wrong,” and the subsequent mock battle (read: execution) of “Gelsadra” (who I believe was actually Hajime in disguise) felt like the darkest Crowds has gone in all of its two seasons—and it’s gone some pretty dark places. As far as I’m concerned, Hajime’s the light of this series, and so to see her very nearly extinguished and on the brink of literal death is…well, it’s awful. It’s heroic, but it’s awful. But that’s the reality of the social elements of humanity—they possess the capacity for engendering great light and great darkness.

Akagami no Shirayuki-hime, Episode 12 [END]: And thus ends the divine queen of this season—for now. You all have heard me praise Shirayuki-hime time and time again on here, and I’m actually a bit disappointed in myself that I have no new praise to heap upon it. But that’s just how this shows does things. Solid. Strong. Beautiful. Moving, yet in the smallest of ways. Suffice it to simply say that I”m overjoyed that we can expect more from Masahiro Ando, is proving beyond a reasonable doubt that he is capable to a stunning degree of making incredibly good shows that seem to appeal specifically to me. Furthermore, the huge distance between what Blast of Tempest was (overblown, towering, raucous) and what Shirayuki-hime is (quiet, gentle, delicate) demonstrates what a huge talent this man is. All that remains is to be thankful for what we have now and thankful that there’s more on the way. 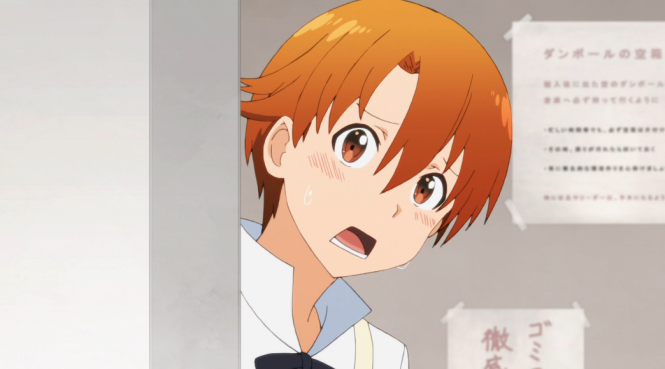