I don’t know when the season turned into “Concrete Revolutio, Miss Monochrome and some other shows,” but that’s about where I am at this point. I’m still enjoying everything else I’m watching, but those two shows are just too consistently good for me to compare them to the rest of the season’s offerings.

This week, you’ll hear a lot about my issues with the other stuff airing. Hopefully it’s at least somewhat enjoyable… 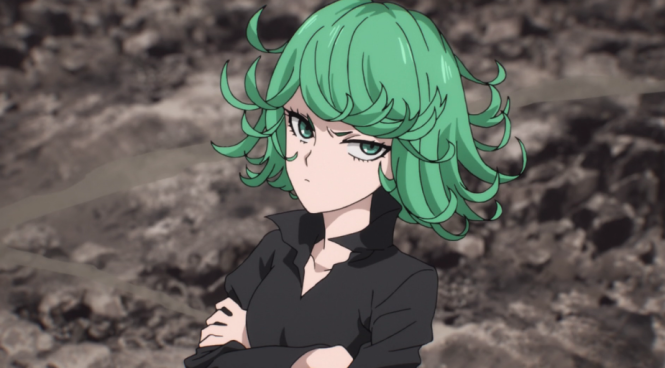 K: Return of Kings, Episode 10: No flashy animation spotlights this week, sadly (not counting the flashback to the episode one fight), but K made up for it with a lot of great character interactions. Anna and Munakata’s conversation, in particular, was enlightening and fascinating to watch. Munakata now being where Mikoto was can’t help but remind Anna of the former Red King, but we all know she still can’t really forgive Munakata for being the one who killed her beloved leader. Munakata also appears to have abandoned the stability of Scepter 4 and entirely (lamely) left his clan stuck in the mud. It’s a distinctly un-kinglike action from a man who has all but incarnated the image of a traditional king from the beginning of the franchise, and seems to me to emphasize how limiting Munakata’s particular ideal of power is. All in all, the conversation about power coming from this season of K has really sharpened in execution and conception as of late:

We got three options: destroy the slates (eliminate the power), control the slates (control the power), and unleash the slates (diffuse the power). Each comes with its own advantages and drawbacks, but I am wondering if perhaps the first option is the least feasible. Power is kind of like matter, in that you can’t really destroy it. It’s always going to exist. I wonder if K perhaps understands that and will foil Shiro’s plan. Or maybe not. 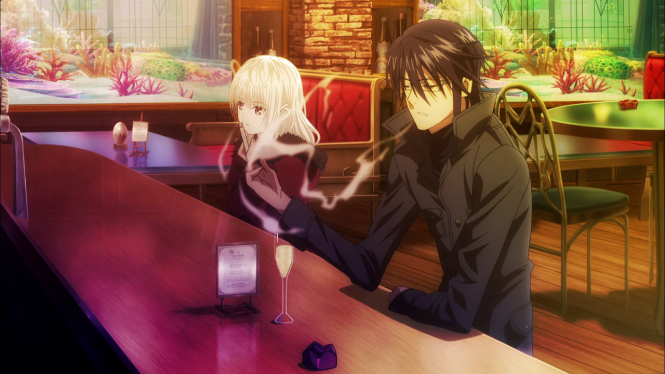 Noragami Aragoto, Episode 10: I was, truthfully, very annoyed by the treatment of the whole Hiyori in the last episode and this one. I don’t know where the blame goes exactly for this, but there was a distinct lack of any sort of concrete stakes or meaning to everything she’s gone through—the show just never allowed the idea to breathe within the story. On the other hand, Yato’s adventures this arc feel random and disconnected from everything else the story’s done to this point. Ebisu isn’t a terrible character, but he was barely set up at all to take such an important place in the middle of Noragami‘s story, and everything around him is suffering for it. And it’s frustrating because there are still clearly competent and excellent people working on this show. But for this to all end with a bunch of the Gods of Fortune storming the underworld to rescue Yato seems a distinctly sloppy way to go about things. Which is fine, I guess, because I’ll enjoy watching it—I’m just bummed out that the show won’t make better use of all the parts it has. 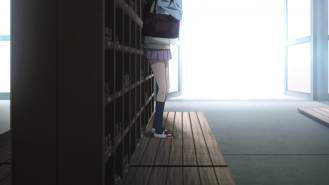 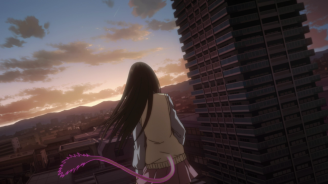 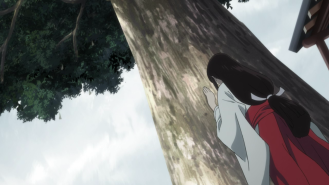 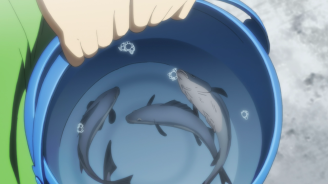 Haikyuu!! S2, Episode 10: I wasn’t expecting for this week to be the week where I dump out all my disappointments about the current season of Haikyuu!!, but it looks like it’s happening anyways. What is going on with this show? It’s a mere shadow of its first iteration—there’s far less interesting anime (even this week’s critical moment of connection between Hinata and Kageyama lacked visual oomph) and the series composition and week-by-week scripts are a mess. I don’t know if director Susumu Mitsunaka and series composer Taku Kishimoto have just forgotten what they were doing in season 1 or if the original manga just gets worse after the Aoba Josai game, but season 2 lacks all sense of forward motion, connection between moments, and general energy. It’s weird. And this episode was a microcosm of all of that—broken up with the repetitive, toothless cog metaphor (seriously, there are better ways to do that than just returning to the same boring image) and failing to make even the matches biggest moments exciting. This isn’t the Haikyuu!! I loved or wanted… and I’m sad. 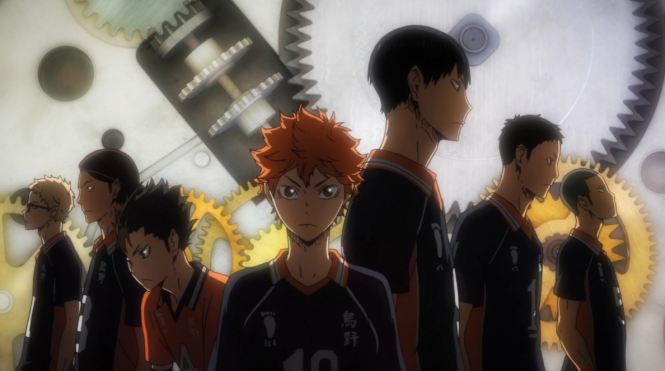 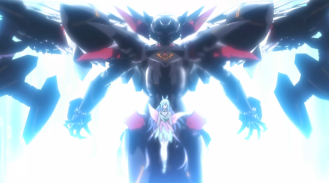 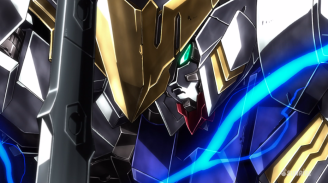 Concrete Revolutio, Episode 10: I simply can’t express how delighted I was by Conrevo‘s cavalier attitude towards the technicalities of time travel this episode. Time paradoxes and the like are generally among the most irritating elements for shows involving time travel to focus on—how it works is entirely uninteresting to me compared to the effects of it. Besides looking great again this week, Conrevo continues to focus on the fascinating intricacies (dare I say unsolvable paradoxes?) of being human and living in human society. Mr. Jaguar has his own set of complexities—and the use of his past selves to set up a kind of personality continuum and actually pitting those selves against each other is an enthralling representation of the struggle to grow and change. And this personal conflict is still taking place within the wider context of conversations on the meaning of adulthood/childhood and how we deal with evil. In short, this show is exploding with ideas, tackling them, wrestling with them, and do it all without losing touch with the humanity of living with them. 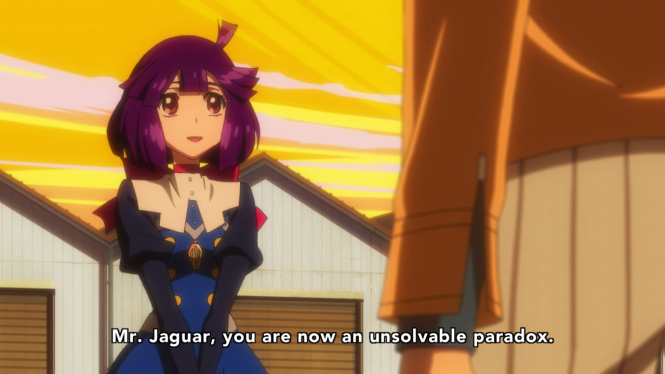 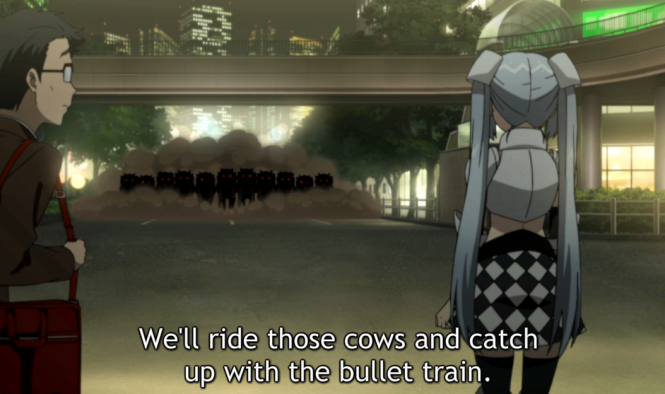