The way this blog has been lately, you’d almost think I wasn’t even watching any anime this season (that would be false).

Here’s a secret: I’m still not caught up on all the shows I want to be watching this season. After some liberal cutting that pretty much purged everything I found disposable from my schedule, I wound up with a grand total of eleven (11) shows I’m following this season. Whether or not I actually finish all of them remains to be seen, but past trends considered this seems to be the range I’m most comfortable in nowadays. I’m also kind of enjoying being behind, as practical limitations to burning through huge numbers of episodes has generally meant that catching right away was impossible—which has sort of freed me from the feeling that I have to be caught up. It’s a nice place to be, as I’ve been fitting in a lot of backlog shows around weekly episodes and enjoying longer marathons of this season’s offerings.

So, what I am watching and enjoying this season?

Well, without a doubt my favorite thing airing right now is (still) Macross Delta. I’ve been watching the episodes raw each Sunday, but even for this I haven’t been watching the subs immediately after they come out—a testament to how completely my need to be caught up right away has been broken. Volume 1 of the Japanese BDs (here’s a Storify of the unboxing if you’d like to see it) and the first Walkure album both arrived recently, so I’ve been drowning in Delta related merchandise as the show continues to move forward and generally be amazing. As much as I’m enjoying it, I don’t actually have too many in-depth thoughts to share—although I expect, as with Macross generally, I’ll have many things to say about it for a long time after it’s finished airing. But for now, I’m just enjoying the ride. 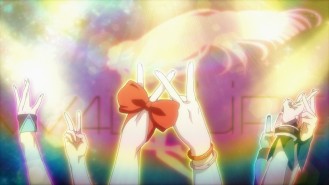 With Delta being in a league of its own, the proper first-tier of this seasons shows was made up of Regalia: The Three Sacred Stars, Amanchu!, orange, and 91 Days. I use the past tense, though, as Regalia‘s broadcast was sadly canceled until it resumes in September due to production issues (a very weird thing). I don’t list Regalia first on accident—the combination of well-animated 2D robots, cool fights, and a surprisingly familiar and solid-feeling narrative and cast quickly endeared the show to me. It’s the very definitino of a pet show for me; I don’t think there was anything I was looking forward to more each week than Regalia. I’ll miss it a great deal while it’s gone, but thankfully it’s coming back (hopefully looking good!).

Amanchu!, which I’ve already written about once this season, has been another favorite, not least because of how completely its visual (and audio, I suppose) aesthetics appeal to me. While Pikari is great, it’s really Teko who is making the show what it is from a character standpoint, bringing her relatable anxiety (filtered through her cute mannerisms) out for us to witness and empathize with. That Amanchu! is able to do that within a thematic context that embraces the sea and through Junichi Satou’s unique kind of execution makes it stand out all the more for me. It’s not just a fluffy show, but man does it feel nice to watch. [Sidenote: I’ve been teaching myself to draw and wowow has that given me a huge appreciation for how pretty the drawings in this show are.]

I haven’t watched orange since its premiere, but I don’t have any issues with being behind on it. I’m certain it will be good, so all that’s waiting for me there is the joy of getting to watch it be good multiple episodes in a row. 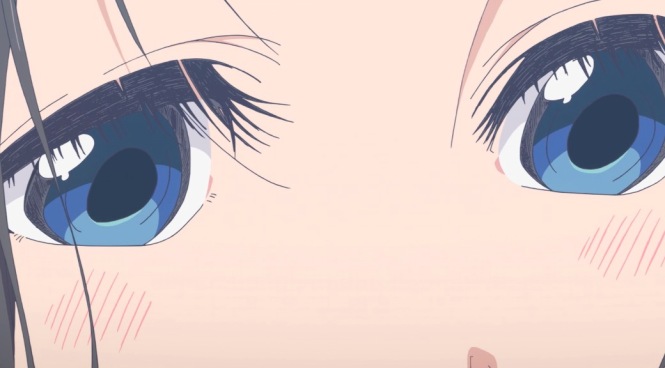 91 Days was not a show I expected to be up there among my favorite for the season, but here we are and it’s put itself in good company with an odd blend of punchy comedy (reaction face dog, anyone?), solid character work (really excellent use of the OP for characterization, anybody?), great visual direction (earth tones, guys?), and, of course, a great grasp of its Prohibition Era setting. The fundamentals are really strong here; you can tell this is an experienced staff at work. Who knows if the show will actually end up offering the real sort of weight necessary to make it memorable long after it’s aired, but for now it’s very good fun. Personally, I don’t have much expectation of the former happening, but you never know and it’s fun to hope.

The next level of shows (these are levels by enjoyment, not my normal “value” judgements, by the way) includes Love Live! Sunshine, New Game!, Mob Psycho 100, and Sweetness and Lightning. It’s an interesting batch, primarily because the strengths here are so different. With Sunshine we’re getting more of the polished Love Live! formula in a way that I think is very good. I don’t understand the complaints that have been leveled at it for referencing the original in structure, cute callbacks, and tone—but then again, I’m a fan of the franchise that basically pioneered this sort of stuff (Macross). So maybe I’m not the best person to ask about it, but apparently it really rubs some people the wrong way. If that’s you, please explain in the comments why this is so—I’m curious! [Sidenote: Hanamaru best girl, zura~] 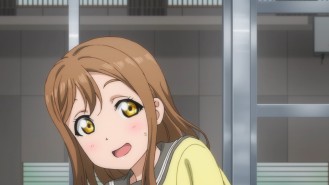 To continue the pattern I started but got distracted in the middle of… with New Game! we’re getting a solid cute slice-of-life with a setting that allows for just enough adult reliability to feel relatable, but not so much that it gets heavy. With Mob Psycho 100 we’re getting a sakuga feast that also has a (hallelujah!) solid emotional base to it. And with Sweetness and Lightning we’re getting a frequently touching depiction of unconditional parental love and a whole lot of inspiration to mix our normally kind of plain and rote diets. At least, that very last part is relevant to me.

This is an interesting tier of shows, because while I’m enjoying all of them a great deal, it’s not been in the kind of way that would make me want to call them “favorites,” per se. I know that’s a rather finicky and subjective and ill-defined idea (I continue to maintain that people always underestimate how much of my anime-watching, at least in terms of picking what to view, is driven by whims), but I’m starting to suspect there’s an element of wanting the shows that I consider favorites to be my favorites in play here. Or, perhaps it’s just that the things I like about my favorites I happen to value more than the things I like about the shows in this second tier. In other words, I have no idea, really. Go watch Regalia or something.

So, what’s left after that? Well, there’s Konobi, which has thankfully turned out far cuter than I expected given the first episode. There’s D. Gray Man, which I fell behind on to great benefit since it’s really better marathoned in chunks than watched weekly. And there’s the Show by Rock! shorts, which I never fell behind on despite forgetting them every week. Of these, Konobi‘s probably the most notable, as it’s recovered from a first episode I found kind of yucky when it wasn’t behind super well-executed. In-love Ari Ozawa characters are basically always a joy, and she’s in prime form here, although Mizuki not being quite as delusional as Chiyo means her range has been limited somewhat. Oh well.

And that’s it for airing stuff! Elsewhere, I’m alternating between Eureka 7 (30/50 episodes done), Martian Successor Nadesico (10/26),  Kuromukuro (9/12), and rewatching Gundam Build Fighters (12/25). They are, respectively: classic BONES stuff, an absolute riot, super solid from top to bottom, and just as fun as I remembered. Yes, indeed my friends, the robots have well and truly captured my heart. And it feels good. It feels good.

So, what have you guys been watching this season—currently airing or otherwise! Let’s have at it down in the comments!