As is our custom around here, it’s time to take a look back at the shows of last season before the new one hits (actually, it’s already here but oh well). 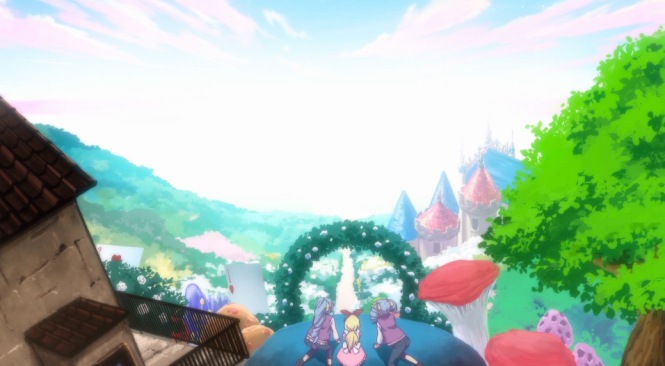 I’ve been watching seasonal anime for a while now, but I never seem to grow bored of looking back at seasons as a whole and considering my experiences with them from a self-reflective perspective. First, some stats: I followed 5 shows through the full duration of the season, as well has have two others that I started but never finished. In terms of pure volume, this is up from the season prior, but it’s interesting to note that even with a few more shows, I feel behind less often and generally felt more engaged than I did during the winter. Perhaps evidence of a better crop of shows?

But probably the most interesting thing that happened – one that rather curiously illustrates the difference watching something weekly or marathoning it makes for me – is the case of Saekano. I watched the first few episodes of the first season back when it aired in 2015, but dropped it. However, when people on Twitter started posting a lot of screencaps that made it seem like I’d like it, I marathoned both seasons in about a week or so. And because I watched it that way, even though Saekano Flat was technically a spring show, it doesn’t really feel like it to me. It’s a unique experience unto itself, not a part of the three-month event that was Spring 2017 anime.

But anyways, about those shows from this season! 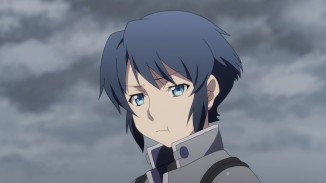 The first show I finished this season – and so the first one I’m going to talk about – was the second season of Attack on Titan. Overall, I think I rather agree with Sakugablog’s Kvin on the state of the show as a whole: it was better executed than the first season but not necessarily as fun. While the final two episodes of season two were basically as good as the show has ever been, everything leading up to that was pretty dull. The Ymir/Historia stuff had long been talked up by manga readers as being some of the best material of the story, but I found it horridly uninteresting and irking for how much attention was paid to it.

Attack on Titan (perhaps especially as an anime) is really not equipped to deal with the nuances required for something like Ymir and Historia’s relationship. Simplicity can be graceful at times; for this, though, it just came across as shallow (although others, like ANN’s Rose Bridges in her kick-ass article on the women of Titans, have a different opinion). But what Titans is good at doing is overblown action and people yelling at each other, and we sure did get a nice amount of that in the show’s final third. Everything from Eren and Reiner’s fight at the wall to their shouting match in the trees to Mikasa’s rage to Eren being able to control titans (lolololol) was very near sublime in pulling out all the stops. I’ll probably never think that highly of this franchise, but it sure is fun sometimes.

Sticking with the action theme, I also kept up with both My Hero Academia S2 and Ei Aoki’s Re:Creators for the full season. Both are ongoing into next season, and while I’ll definitely be watching MHA (it’s finally into material I haven’t already seen in the manga!), I’m not so sure I’ll be sticking with Re:Creators.

The strengths and weakness of both of these shows are rather obvious, but they make for an interesting pair. My Hero Academia‘s obvious debts to the traditions of both Shounen Jump manga and American superhero comics make it an easily watchable, momentum heavy experience – especially as it seems to have figured out a few of its lagging pacing issues from the first season – but the the real charm has always been its characters and how earnestly they pursue their dreams of being heroes. It’s easy to watch.

Re:Creators, on the other hand, I suppose I would say is more heady, although I’m not convinced it knows where to find the balance between forward motion and taking time to consider its ideas. Re:Creators having a mismash of characters from different kinds of stories gives it a prime opportunity to draw on these wells of meaning (as it did with the Mamika episode I wrote about), but on the whole it seems to be more interested in having action setpieces for their own sake and leaving the meaning-making to the talking. The show has proven it can do better – Selesia’s creator’s teary-eyed smile when Twitter powers her up was really special – but it hasn’t proven it can be consistent. 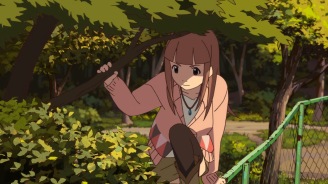 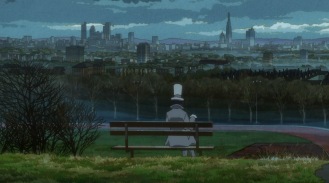 Consistency was an issue for more than one show this season, including The Eccentric Family 2. A long-time favorite of mine, The Eccentric Family‘s return to TV anime was surprising, but welcome. According to folks in the know, it seems to be a pet project for P.A. Works – and what a good pet project it is. Despite lacking the overarching plotline that helped hold the first season together thematically, the second season largely remained a delight for its wondrous collection of stunning individual scenes. If the first season of the show was a single tapestry woven together, the second was more like a series of individual paintings – and even the fact that they didn’t all flow together can’t take away from their individual beauty.

That aside, the most rewarding part of The Eccentric Family 2, really, was the chance to dive deeper into this cast of characters that we’ve all come to love. Whether it was the slow additions of nuances and humanity to Benten’s character, the ways new addition Gyokuran brought out different sides of Yasaburo for us to see, or even the way the OP sequence provided its own sort of fascinating context (as Brianwuzhere notes). Alongside the chance to explore new worlds alongside Yajiro or Yasaburo or delve more deeply into tanuki society and customs with Yaichiro, the additional textures The Eccentric Family 2 added to the decadent world of the show’s version of Kyoto were their own reward. 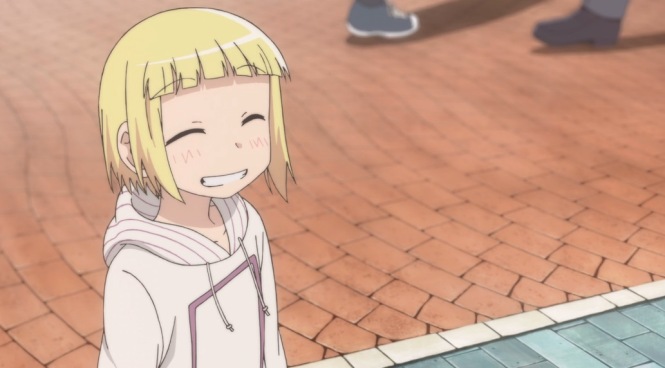 But my not-so-secret favorite show of the season was Alice and Zoroku (Alizou). Because I’m bad and slow at writing these days, I don’t yet have up the post I started writing on my thoughts on the show, but for now it’s interesting to trace my feelings on the show from seeing it as a good sort of Shana-type anime to being convinced its something quite different (and better) than that, an anime that can stand on its own without such comparisons. From its ideas on family (which I wrote about) to its humorous depictions of a small child slowly growing up to its fun explorations of Sana’s created worlds to its very seriously considered relationships between the children characters, Alizou is packed much more tightly with things worth thinking about than it might appear on the surface.

I’d even go so far as to say that Alizou was the smartest show of the season. Aside from how immaculately effective it was as a story, the ease with which it tackled questions as different as “what makes us human?” and “what does it mean to be a family?” was frankly astounding for a show that initially looked to be nothing more than just cuteness. In some ways, I suppose this is one of the hidden strengths of blending fantasy into a mundane setting – the mismatch inherently creates a space where questions must be asked to bridge the gap between worlds. Alizou did this wonderfully, adding a valuable extra level of engagement on top of its more basic appeals (i.e. Sana being a cute kid). 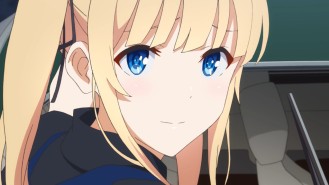 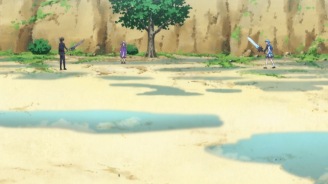 Maybe it’s good that I didn’t watch Saekano Flat as a weekly show, because otherwise it may very well have knocked Alizou out of the top spot & I’m pretty happy with having it there. As things stand now, I don’t have too many specific things to say about Saekano, though. There’s too much about that show that I still need to process. So congrats to Alizou, my favorite anime of Spring 2017!

I also started and did not finish Sukasuka (7 episodes), Tsukigakirei (5 episodes), Sword Oratoria (4 episodes), Rage of Bahamut: Virgin Soul (1 episode), and Granblue Fantasy (1 episode). The first two I may go back to finish; the rest I think I have said farewell to forever.

As always, you may yell at me in the comments about how I didn’t watch your favorite show of the season, am bad for not finishing Tsukigakirei yet, or just politely tell me what you enjoyed this season. Get to it~

14 thoughts on “Wrapping Up the Spring 2017 Anime Season”