More shows dropped this week (including Isuca‘s premier managing a paltry 51 seconds before I gave up on it), meaning my schedule for this season is more or less set. There are still a few shows that could get knocked out, but I’m pretty happy with everything on a daily basis, so there would have to be some serious stumbles for any of the remaining bubble shows to get dropped. 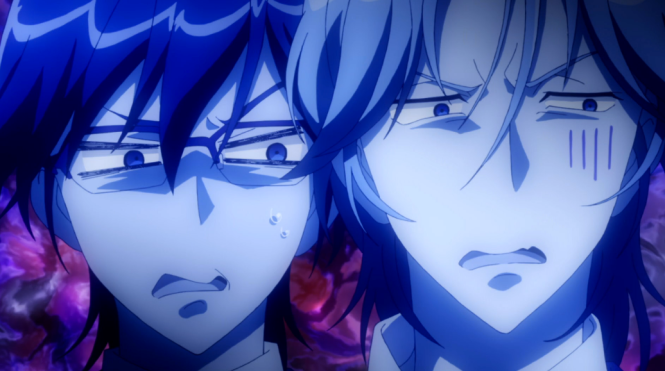 Akatsuki no Yona, Episode 16: Overall, not the best episode for the show, but it raised a lot of interesting stuff at the end.

Saekano, Episode 2: I wanted to like this so bad, guys, believe me. I really, really did. But without all the character acting sakuga from the first episode, Saekano just didn’t do it for me. I like seeing Kato drive all over otaku boy through the simple strength of not being a blithering idiot and I still do like Eriri a little bit, but Tomoya and writer girl just drag the show down like nothing I’ve ever seen before. Neither of them are interesting, funny, or otherwise entertaining to watch. And, despite the fact that Kato inherently and naturally deconstructs trope after stupid trope, I still get bored for seeing trope after stupid trope get trotted out for the sole purpose of getting knocked down. Frankly, my pleasure comes more from Kato frustrating Tomoya than anything else, but it looks like she’s going to get buried under his mountain of nonsense—and maybe “fall in love” with him. I don’t want to stick around to see that, so instead I will just lament that Kato and Eriri don’t exist in a better show than this. Dropped.

I’m sorry, Kato-chan—you deserved so much better than this.

Shirobako, Episode 15: Nooooooooooooo!!! Ugh, we all knew this was going to happen, right? We knew they were going to get screwed over by the mangaka’s incompetent representative and have to start over from scratch. And they just nailed us with a whole stream of probably unnecessarily long and to detail scenes, JUST SO WE WOULD FEEL IT. The execution here is just splendid, because as we the audience are sitting there, groaning over how tedious it is to watch people sit through those meetings, the characters are thinking the exact same thing and NOW! NOW WE GET TO DO THE WHOLE DARN THING ALL OVER AGAIN. The working world is hard kids; stay in school as long as you can because when you get out it just terrible group project after terrible group project although you’ll pull through somehow assuming Tarou doesn’t come to just ruin it all for you except it’s not even his fault this time somehow. GAH. 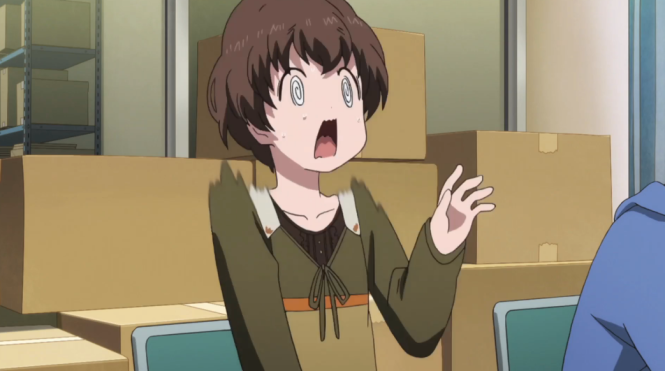 Death Parade, Episode 3: “I’m happy I died.” Words you probably never expected to hear in Death Parade. There are truly some very creative minds behind this show, to manipulate a premise seemingly designed to bring out the worst of human nature into showing off some of the best. This just felt good from start to finish (although the fingers in the heart thing was stomach flop-inducing for me), from the generally chill attitudes of the two players to the way the whole scenario played out. As expected, Assistant-chan (or Kurokami, as seems to be the most common name for her) brought some nice flavor into the episode with her more human emotional reactions pairing nicely with Decim’s deadpan delivery of everything—including the fantastically executed “five minutes” joke. All in all, this was a pretty great episode and a stellar choice by the writing team to keep the show out of “voyeuristic glee over the nastiness of humanity” material. 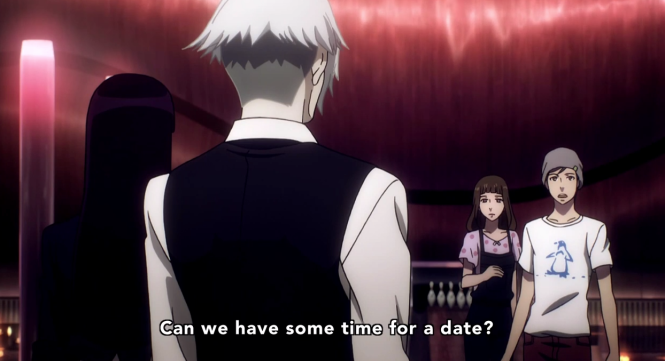 Durarara!! x2, Episode 3: There’s simultaneously far too much and far too little to say about this show—whether it’s Blue Hair-kun trying to make a play for Anri and then instantly backing off at her and Mikado’s reactions or Yuhei connecting with a murderous idol or the Orihara sister doing their idiosyncratic thing or the fast forward from the end of Shinra’s day to where we left off last episode, Durarara!! just keeps on being itself and I keep on loving it. I suppose the one significant question right now is who Ruri (aka Hollywood) has been killing and why. One constant Durarara!! has maintained with its huge cast of main characters is that none of them are truly evil. Ruri probably walks the closest to that line since Izaya and there needs to be some nuance added to her character so we’re not just left with a serial killer being treated really nicely by a bunch of good people.

Rolling☆Girls, Episode 3: This is a pretty big shift for the show after the bombastic first two episodes, but the slice-of-life/political intrigue/magic stone quest mix is working really well for me right now. Nozomi is a great lead for our little biker gang and Chiaya and Ai both add some nice flavor to the main cast, with Yukina being bland, but inoffensive. There were still a few frustrating moments for me—like a critical plot point being decided by Tokyo captain’s buying habits—but overall I’m still a huge fan of the general aesthetic and the tone. Having the “bad guys” (although I expect it’s going to be a clash of priorities rather than of good versus evil) literally dwelling in Nozomi and Masami’s backyard is a nice touch, too. Anyways, there wasn’t all that much actually going on, but the show is nice to look at and comfortable to watch, so I’m happy.