This is the third in a series of three posts reflecting on the various roles of Utena Tenjou, the titular character of Revolutionary Girl Utena. These posts are adapted from an academic paper I wrote in Fall 2014. These posts assume the reader has completed the anime and thus contain spoilers. Citations will be noted in footnotes at the bottom of the piece.

Happily, the discussions of the previous two posts lead quite nicely into the topic of this final post. As you’ll see in the body of the post, I think Utena is such a tightly woven character that it is essentially impossible to discuss her heroism or role as the agent of change in the story without discussing the fact that yes, Utena is a girl. A girl prince. 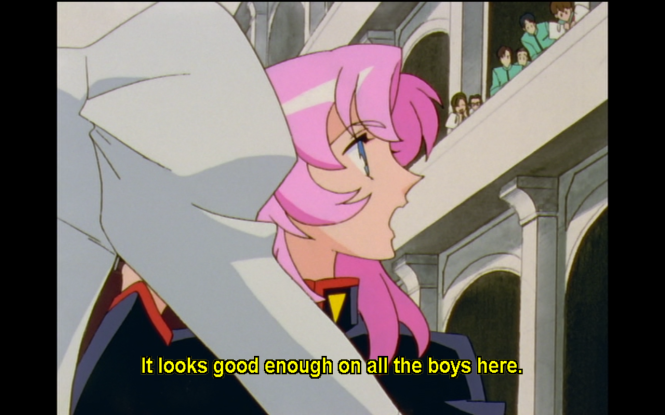 It is critical that Utena’s ability to so recapture heroism is facilitated by her explicitly stated gender. Utena is female; the clothes she wears or the activities in which she participates do not define her gender. From the very first episode, Utena affirms that she is, indeed, a girl. After trouncing the boys’ basketball team in the first episode, the captain tries to recruit her for the playoffs, to which Utena indignantly replies, “Excuse me, I happen to be a girl!” And when the captain protests, “You act like a guy anyway, Tenjou,” she snaps back, “Would you quit insulting me?!” Already, Utena has divorced her desire to be a prince entirely from her gender. Her wearing of the male uniform and her playing boys’ sports does not challenge her self-conception as a female.

In fact, she is empowered by asserting her femininity through “masculine” channels. Annalee Newitz observes, “The magical girl subgenre [is] based upon the idea that women should conceal their power.” [1] Utena is at least partially indebted to the magical girl tradition (indeed, Ikuhara made his name directing the internationally famous magical girl anime Sailor Moon), but Utena conceals none of her power. She directly competes with, and surpasses, the ordinary boys (and, eventually, the “special” ones) at Ohtori Academy.

Notably, Utena’s interactions with the normal students at her school gain her nothing but praise, admiration, and love. It is only when she enters the Student Council’s hyper-masculine contest as a Duelist that her power is questioned and subverted. Again returning to Utena’s first duel with Saionji, the arrogant Vice-President snidely congratulates her on her efforts midway through the fight, saying that she has done well “…for a girl.” It is all the more important, then, that Utena does defeat him in this fight—and does so with only the hilt of her wooden practice sword. If the sword in this context is seen as a phallic symbol for masculine power, then Utena triumphs over the fully endowed Saionji with only a fraction of a weapon, of the masculine symbol. Said another way, Utena win on her own power, without the crutch of masculine phallus. Timothy Perper and Martha Cornog write, “[…] the bishōjo senshi relocates the girl […] from the patriarchal domain of partial beings to the feminine domain of completeness.” [2] Utena is certainly a member of the bishōjo senshi tradition, and as such, her victory not only avenges the honor of her friend, but also validates her identity as a female and justifies her place as a Duelist. Mari Kotani hypothesizes, “In effect, it is as a prince that she becomes active, which raises a question: ‘Can only boys become princes?’” [3] But, as has already been argued in the prior post, Utena sublimates a gendered conception of the prince to a universal one. So, while it is true that Utena becomes active as a prince, she does not do need to do so as a male.

Utena, importantly, cannot be understood as a girl divorced from her roles as protagonist and as hero. She is all three at once, interdependently. As Mari Kotani succinctly summarizes, “She is a girl prince.” [4] It is here appropriate to consider a point somewhat tangential to Utena’s unifying existence as protagonist, hero, and girl.

Once again returning to the traditions on which Utena leans, Utena’s character is informed by the constructs of the shōjo genre—that is, a demographic category whose stories target young women. In the Japanese title for Revolutionary Girl Utena (Shōjo Kakumei Utena), shōjo is the specific word used to describe Utena. Fusami Ogi writes that, in fiction targeted at women, “the term shōjo is fixated on the notion of youth,” an observation that provides an interesting reflection on Utena’s character. [5] Canonically, Utena is fourteen years old—and much of her personality reflects what could be labeled as youthful exuberance and, as has already been discussed, youthful ignorance. Utena’s youth is an inextricable element of her identity; it facilitates the perpetuation of the ideals around which her nobility is focused. 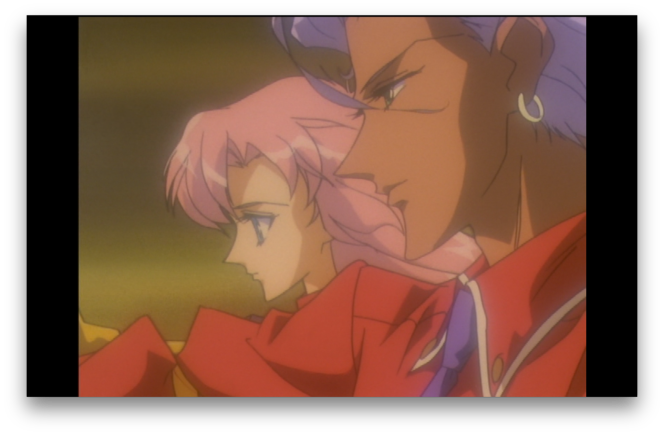 Utena’s role as a girl also engages the issue of sexuality as she comes in contact with the forceful traditional masculinity of Touga and Akio. Both men make romantic advances towards her, but where Touga fails (twice), Akio succeeds in winning her affections. Earlier in his episode 12 commentary, Ikuhara muses, “An ‘adult’ is not someone who has lived a certain number of years. We call someone who can exercise power an ‘adult.’” [6] Akio has replaced the princely power of his youth with the sexual power of adulthood and wields that power to manipulate Utena through her ignorance and innocence. Bailey sums up his sinister actions well: “He pointedly aims to socialise her into a prim and proper woman, infantilizing her while simultaneously sexualising her.” [7]

In other words, by compartmentalizing Utena into the role of a traditional girl, Akio attempts to strip her of heroic nature, to re-gender the concept of the hero, and to convince her that boys are princes and girls are princesses. But despite the fact that Akio does successfully make Utena fall in love with him and seduces her into his bed, Utena preserves her core nobility in her final, heroic actions. She has passes through the liminal state of adolescent sexual awakening and emerges beyond it, not as a girl oppressed by her role as a female, but as a girl able to integrate both her gender and her heroic nature. Indeed, the fact that Utena has been limited by traditional gender roles and then broken free of them revolutionizes her girlhood into a fully-aware, fully-realized self incorporating the entirety of each of her roles: protagonist, hero, and girl. 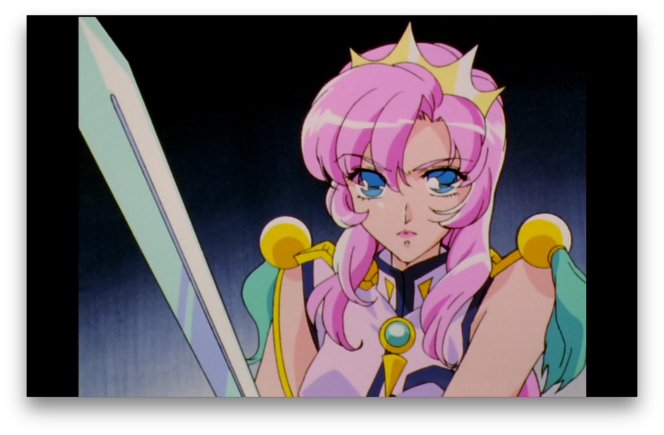 If you have enjoyed this series of posts, please check out the Utena Project page for more posts on the series, as well as the full version of the paper from which these posts were adapted!

3 thoughts on “Revolutionary Girl Utena: Reflections on the Girl”