The Fall 2015 season is finally behind us. It was a bit rough. About halfway through, I was pretty thrilled about every single thing I was watching, but only a few made the long trek to the very end of the season—and this list. So, no more delays, let’s have the best girl of Fall 2015 take it away!

[If you want to recap the entire fall season, from my first impressions all the way through the penultimate week, you can hit up everything I’ve written in the Fall 2015 tag!]

Halfway through the season, I was riding high with K: Return of Kings. We’d just come off that ridiculously neat sequence of Kuroh doing Kuroh things to defeat Sukuna, spent a nice amount of time with the Silver Clan, and the Green King was about to show up. Then, everything kind of went to pot. All the tension bled out of the narrative, the Silver Clan vanished amidst the story’s dull machinations, and the show’s dialogues on the nature of power became the only reasonably compelling thing about the show.

As the polish wore off the production, K transformed from a show I was eager to watch into something of a chore. That being said, K still manages to be one of the most unique-looking anime I’ve ever seen, even as ugly fog filters started to cover up the screen. And with a similarly idiosyncratic OST, it still manages to be one of the most interesting audio-visual experiences I’ve had with any single anime. It’s a shame the story couldn’t even manage to be serviceable in the end—I’ll remember the first season far more fondly than this one. 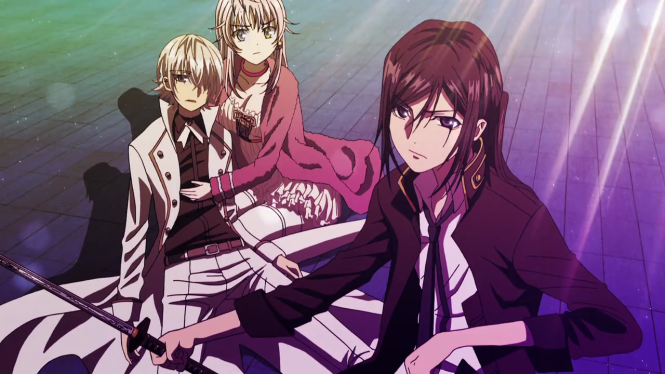 Ah, One Punch Man, the show I waited out for 12 weeks hoping it would giving me something to really latch on to. Well, it didn’t, but at least Yutaka Nakamura showed up in a big way for the finale. And really, for me, that’s the whole story of One Punch Man—I sat through each episode hoping for something compelling to happen, spent a few minutes agog at the stunning animation that happened each episode, and ended each episode wondering if I’d get anything more the week after.

Don’t get me wrong—the action in One Punch Man is amazing (just like the show’s OP). Some of the best I’ve seen. But it exists in a vacuum of nothing but action. Even thought I wrote an entire article on the show’s themes in a single episode, it turned out that One Punch Man wasn’t really interested in having any sort of meaningful discussion on the idea of heroes. Which is fine, but it sure did make it hard to get excited about the show on a weekly basis.

Give Comet Lucifer the credit it’s due. Even from the first episode, it was clear that this wasn’t a show with the writing chops to make it to the top of the pile. Despite that, it still managed to keep my attention throughout, even if some of that attention was due to frustrations at the show’s choices to keep its characters (particularly Sogo) mired in tropey moments. Thanks to Orange’s brilliant 3DCG fights and the early fluffy slice-of-life episodes with tiny Felia, I got invested early—for better or for worse.

In the end, my complaints about Comet Lucifer after its finale are the same as the ones I had during most of its run. It was just a half-step too loosely written, just a shade too unfocused to really make any of its attempts at being genuinely serious fulfilling. Certainly, there are the seeds of a wonderful story here—Do Mon’s relationship with Sogo and his backstory, the overall camaraderie of the adventuring group, Gus’ weird nature as a villain…. It’s all there, ripe for the taking. It just never came together. And, you know what? For a show like this, I don’t mind too much. Every season needs a try-hard puppy dog, and this season, that was Comet Lucifer.

What can I say about Miss Monochrome that I haven’t already said before? It’s funny. It’s charming. It’s goofy. It’s downright weird. And it does all of this while being a vehicle for some of the most offbeat industry commentary you’ll find in any anime and some really solid music from a Yui Horie-voiced character.

And the crazy thing is that Miss Monochrome hasn’t even really come to the end of its story. Miss Monochrome still isn’t quite the top idol she dreamed of being and she hasn’t entirely fulfilled her promise. Are we destined for more of these crazy idol shenanigans in the future? I sure hope so.

This was an oddball season of Noragami. Its first arc was solid (if somewhat preempted by the anime original arc from the first season); its second arc was rushed to hell (get it?), but landed with a superb finale that was easily the show’s best episode. So, what do you do with that? Well, first you beat the tar out of the show for abandoning its central trio for much of its run—as with K, drawing the focus away from the heart of the story was a mistake. It’s easy for me to forgive shows for slipping in other ways when the characters I care about are still around, but as the season changed, so did the show’s interest in keeping Yato, Hiyori, and Yukine together on screen.

Yet, for all that, there were just so many things that were done right. The aforementioned conclusion to the show and the corresponding finale of the Ebisu arc, which so clearly demonstrated what Noragami is really capable of when its story is given time to breath. The thematic ideas behind both the Bishamon arc and the Ebisu arc. Hiyori giving Yato his shrine. The OP. Yukine’s growth as a character and into being a Blessed Vessel. The underpinnings of the central character relationships. Many, many great parts and pieces. They just never quite made it into a cohesive, effective whole.

But enough with the disappointment! Owarimonogatari brings the Monogatari franchise back, and does so with amazing aplomb. It feels like it’s been forever since Second Season stormed its way towards the top of my personal favorites list, and now Owarimonogatari has reminded me why this franchise is one that I treasure so dearly. Evenly divided between the compelling, dreadful story of Sodachi Oikura and the more triumphant, yet no less emotional Shinobu Mail arc, Owarimonogatari not only turned out to be my favorite Monogatari installment in pure visual terms, but also reminded me of the power of Nisio Isin’s focused writing.

And, along with that, it was true delight to see so many long absent (it feels like) character reprise. Hanekawa was a captivating presence during the Sodachi arcs, Kanbaru phenomenally cute in the early parts of Shinobu Mail. And, of course, there was the long-awaited return of Shinobu herself—and the joy of getting to see the proud vampire go through her own growing pains as a person. Truly, it would be difficult to ask for more from Owarimonogatari—and with Kizu finally on the horizon in less than a month, even its (relatively) short length leaves little to complain about.

Sloppy. Messy. Paced too fast in place. Paced to slow in others. Despite this, ambitious to the point of greed. Man, this is a greedy show—it wants to do everything: romance, social critique, all sorts of historical, pop culture, and have real characters alongside it all. And it wants to do all this while asking, “Can there be true justice in this world?” Or, as I see it, “Can we ever truly do good in this world? Can we even ever agree on what good is and how to get there?” Of course, there are no easy answers to these questions—and instead of trying to give them, Concrete Revolutio just keeps asking, just keeps wondering… just keeps hoping.

All these lofty goals are carried on the backs of the show’s diverse cast. An ogre, a boy who’s a bomb, a witch-demon, a ghost, a jaguar, a puff of smoke, a robot with a perfectly imperfect sense of right and wrong… and the list goes on. Together, they wander through the character vignettes and short stories that bring the same questions about society and humanity again and again. And throughout there’s still the sense of impending tragedy, even amongst all the smaller tragedies to which the show bears witness.

In the end, Concrete Revolutio does feel incomplete—as a show with a full season left ought—but the ride so far has been stunning. It would be an injustice to not allow it to take its rightful place as the best show of the season.

And that about covers it (Best Sports and Harem to Haikyuu!! and Gundam, respectively, had then finished this season)! On the whole, I can’t say I was all that pleased with this season’s offerings, Starmyu being the only reasonably good show left on the docket that I didn’t finish. Winter 2016 doesn’t look all that great, but hey! The promise of the future is always something to look forward to!