Best week of anime this season? Yup, best week of anime this season. It was the mid-tier shows (YuYuYu, Garo, Argevollen) that really stepped up this week, while Yona, Your Lie in April, and Shirobako continue to be one of the best season top tiers since I’ve started watching simulcasts. And, on top of that, Chaika dove into bombastic crazy weirdness with its second-to-last episode. What more could an anime fan want?

Oh, I know. How about a smokin’ hot Lucifer?

Your Lie in April, Episode 8: For the time being, Emi has supplanted Tsubaki as my favorite.

Akatsuki no Yona, Episode 9: I’m of the opinion that this show inspires some of my best commentary.

Shirobako, Episode 8: Make the truth bombs stop! And to Shirobako, the “line that ought not to have induced tears, but did anyways” award: for “Take a walk.” Yeah, the answer to getting stuck really is that simple sometimes. Shirobako seems to be pretty relentlessly tackling all aspects of young adulthood—and I’m really appreciative of how realistic and optimistic it is about things. This show isn’t out to fool anyone by pretending life immediately after college (or even 5 years after college, if you look at Aoi’s sister) is a total cakewalk of independence and fulfilling work. But it also doesn’t seem to think that giving into despair is the way to go—hard work, persistence, and a little bit of luck won’t necessarily get you to the place in your dreams, but it can at least make you feel like you’re moving forward. 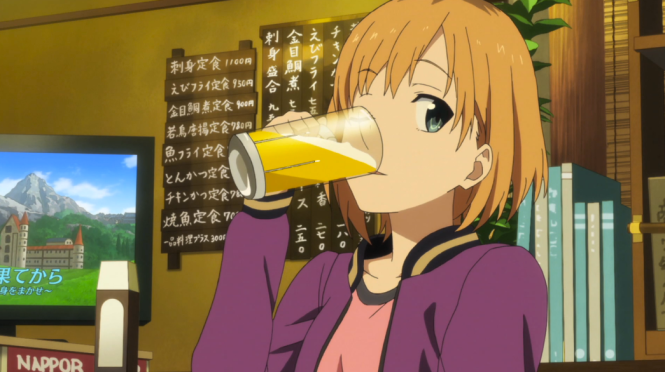 Argevollen, Episode 21: Great episode from Argevollen this week. Really, really great. Nationalism, generals, a guilt-ridden general, and one plucky, lovable unit are starting to swirl together with intrigue and a carefully crafted narrative. Competent has been a word I’ve used to describe Argevollen since the very beginning of the show, but now I’m starting to feel like there’s perhaps a spark of genuine creative inspiration going here. Make no mistake—this is a heavy show driven by steady hands straight into the storm. There’s a sense of fatalistic inevitability hanging over this show, even though I don’t really have any idea where its going end up. I could see all the characters I’ve grown to like dead by the end with the war still raging on, or I could see a few select people dying with the war’s end, or maybe everyone one goes with their lives—but I doubt the last one will happen. It’s a shame hardly anyone’s watching this one because I genuinely think it’s a good show. 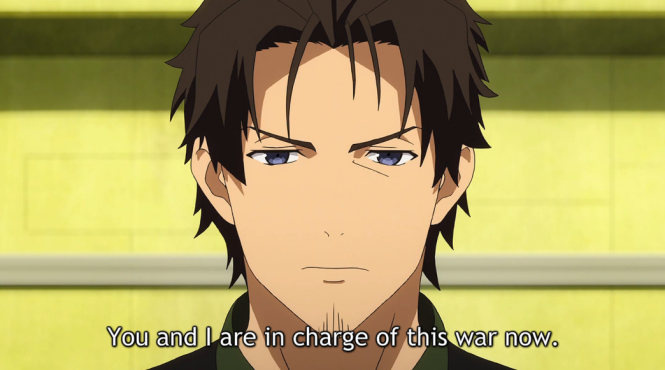 Garo, Episode 9: Glad MAPPA finally dug its storyboarders and animators out of the closet for this episode because this was the best I’ve seen Garo visually all season. I don’t think its any coincidence that this also felt like the show’s best episode, as the quality visual accompanied the long awaited meeting of Alfonso and Leon, the two young Makai Knights. The two of them seem destined for bromance, and Alfonso most certainly has acquired the thing Leon lacks. Whether or not that will help Leon grow or cause him further distress remains to be seen, but now that we’ve got the official announcement for the second cour, Garo has the space to go either way with the story. 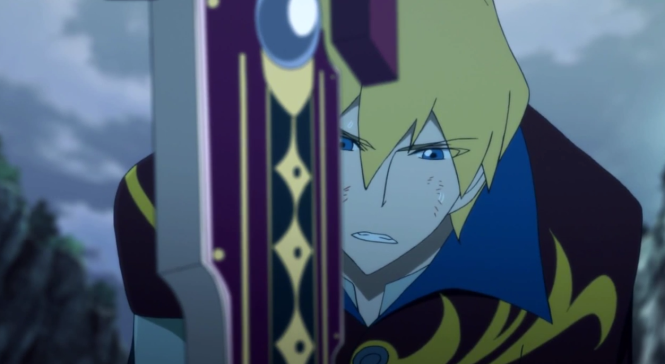 YuYuYu, Episode 8: Apparently, it’s not enough for one show to have its best episode this week—YuYuYu wanted in on the fun, too. Basically, this episode amounted to a fight and a bunch of exposition, but this fight was run through with tension that’s been missing in the previous fights. We can thank all the apprehension of losing bodily function for that. There’s now a countdown for the girls (Yuna’s got 3/5 left and presumably everyone else besides Karin is at 4/5), and thanks to the mysterious bedridden girls’ exposition, we now know what it means. The flower imagery that’s been prevalent throughout also now has grounding in the show’s text. The exposition, which could have been dull, was executed really well—the melancholy and fatalism hung over the entire conversation, and the sunset lighting of the scene was both beautiful and appropriate for the moment. A pleasant surprise this week for sure.