A long-overdue thought on a certain trend in the way we talk about anime. 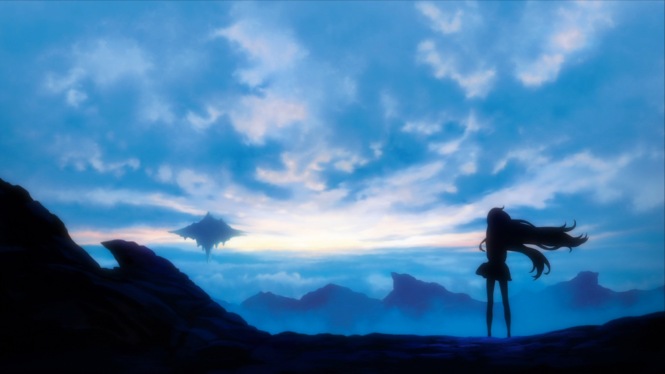 I’m coming up on four years of writing anime criticism and following other people’s writing about anime, and as short a time as that is in the overall lifespan of the anime criticism community, it’s long enough that I’ve had a chance to notice certain patterns. In the last few years, we’ve seen a fair few changes in the way anime writing is getting distributed. The solo editorial-heavy aniblog is a species on the decline, with many writers getting snapped up in the expansion of paid anime criticism on sites like Crunchyroll and Anime News Network. Within the last year, we’ve also seen the rise of niche Patreon-funded group blogs, and, of course, there’s the ever-growing specter of YouTube-based video criticism.

These shifts in content delivery have, as might be expected, had an impact on the content itself (in ways both good and bad). But it doesn’t stop there, with a variety of intra-fandom forces—like the increase in interest in the production side of anime production and the ballooning simulcast industry shifting the focus even more towards currently airing titles—exerting their own influences on the content of anime criticism. 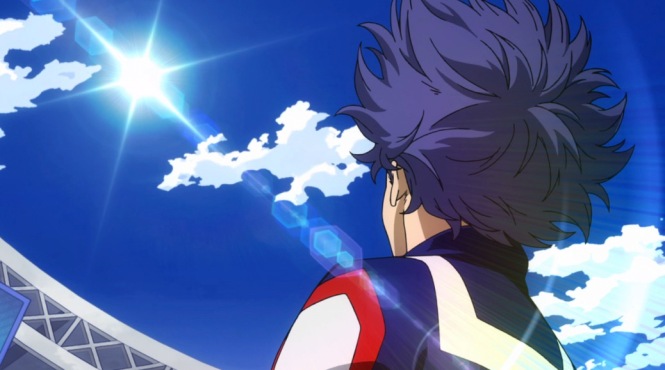 But perhaps one of the easiest to miss forces at work is the way the current political climate has influenced the way we talk about anime. Particularly in the relatively close-knit blogging/writing community (where I daresay almost all of us know each other – YouTube being a different story mostly despite some cross over), I’ve seen politics come to take an undeniably substantial share of people’s attention. And with that being so, it’s no surprise that the language that gets used in this arena ends up crossing over into anime criticism.

Clear parallels in specific shows (like Gatchaman Crowds) aside, I think the biggest piece of linguistic appropriation from – let’s be honest – leftist political discourse has been the use of the word “empathy.”

We all know what empathy means, but as it has become more and more a part of the anime criticism (and, really, the wider media criticism) landscape, my frustration with the way people use this word, which I think is really important, has grown. 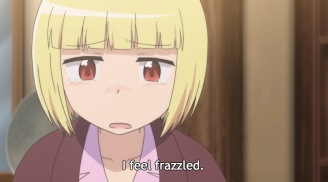 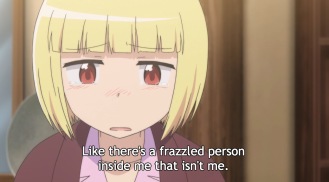 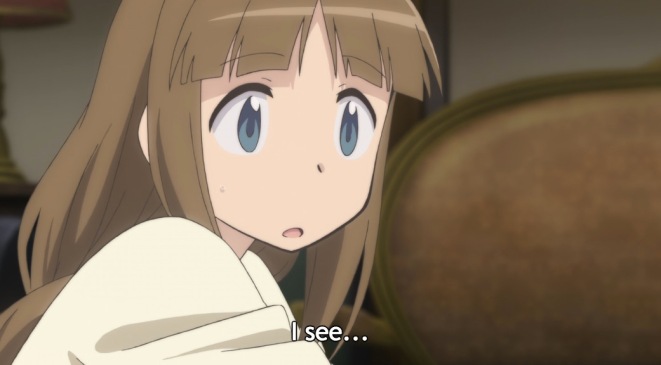 To try and sum it up quickly, my impression is that “empathy” has been reduced to yet another trite buzzword, a positive shortcut for saying something is “good.” To say an anime episode “is about empathy” or a movie is “is empathetic” says nothing. Empathy has gone the way of “relatable,” except that when someone says (in earnest) that something in a piece of media is relatable you might actually learn something about them. Tell me you think an anime “empathizes with its characters” and I know nothing except that maybe that the show treated its characters well or that you found it easy to like them. But that’s not what empathy is.

But let’s go back to the definition for a second. Empathy is, first and foremost and most importantly, an action. It is, secondarily, the capacity for engaging in that same action.

In short, empathy is not something you watch people do on a screen or read about in an article, from the comfort of distance. To talk about empathy in the realm of media criticism is playing at the real thing, interacting with a fiction that might demand something but will never demand everything. And that’s not what empathy is. It is something you do in the immediate. Empathy is messy, hard, and discomforting. To reach out to someone with empathy means that you set aside yourself, your perspectives, your preferences—and you make them the focus. It is fundamentally an action in which you detach from your own self and take on someone else instead—and out of which you respond to them.

Think about that for a second. That’s amazing. To get down in the mud of someone else’s life—to make your existence, for a short time, about theirs?—that’s amazing. Of course, it’s not always as grand in practice as all that. Indeed, sometimes empathy is exceedingly simple and mundane. But even so, it’s amazing. 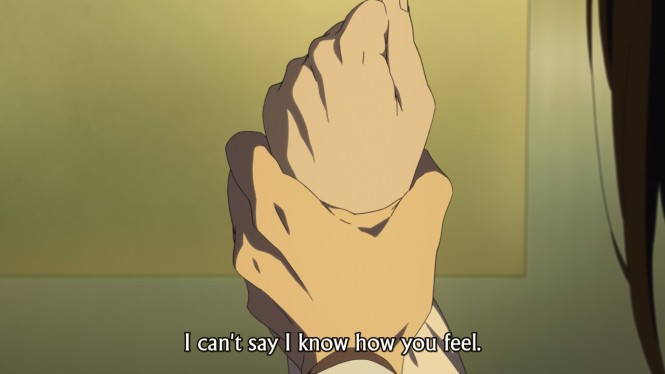 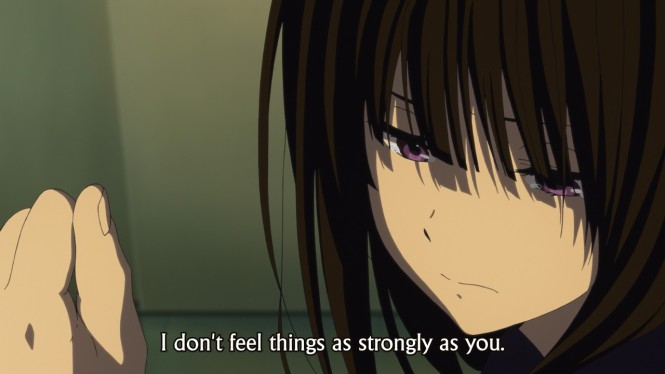 And the fact that empathy is such an incredible thing is why I cannot stand the way it has been cheapened to just another tool in our clinking bag of anime criticism approaches. Empathy is more than that, and I just can’t—. I can’t anymore. I can’t just silently accept it being reduced to a talking point or, heaven forbid, an ideological weapon. I can’t say I agree that we anime critics in our safe havens of practicing our trade on cartoons should be able to haphazardly talk about empathy in such a shallow way, in a way that makes it a Thing to Mention and calls for no actual action.

I mean, sure, maybe you can do a little bit of this, learn a little bit, and find yourself more able to empathize from encountering diverse characters in the media you watch, but empathizing with an anime character is a poor excuse for actually empathizing with a real, actual human being. Like your co-worker whose politics you disagree with. Like the lady at the checkout in the grocery store who was rude to you. Like your friend who is getting on your nerves because they’re so obnoxiously distressed after a divorce.

So, knowing that this is merely my perception of how anime criticism talks about empathy, I suppose what I want to say is: As a community, we’re in need of some serious reflection about how we use this word. The way we talk about “empathy” right now does a disservice to the true nature of the action. It is too devoid of concrete action, too comfortable, too easy. And empathy is far too precious for that. If we really mean it when we say “empathy is important,” we need to find an empathy that is difficult. Not for the difficulty’s sake, but for the sake of doing something real.

That’s where I’m at right now, but it’s my hope this post can serve as a discussion-starter. What do you readers think about the way empathy gets talked about within the context of media criticism? What have been your experiences with talking about empathy in relation to specific anime? And, even if I’m completely off-base and things are actually okay right now, what can we do to be better? 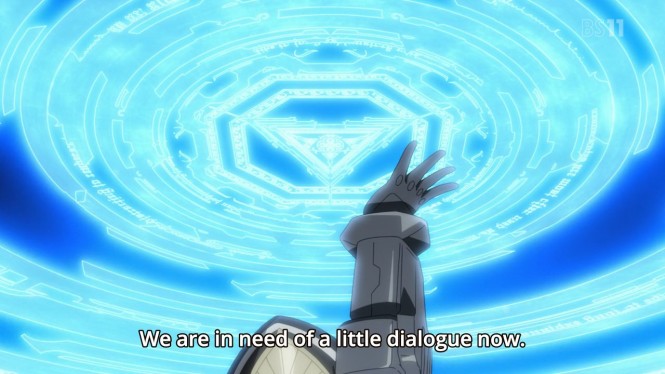 27 thoughts on “What Are We Talking About When We Talk About “Empathy” in Media Criticism?”